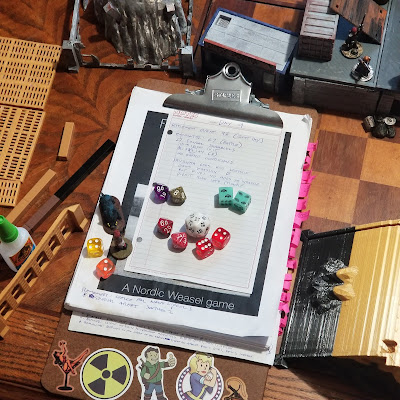 So last week I was so busy that I didn't find time to do much fun at all until the weekend. I was able to roll up a new encounter for Day 9, and was pleasantly surprised that I got Fungal Shamblers (27 on my expanded enemy list) as the encounter, mostly because the first time I got them, I ran them with a map of Space Hulk tiles and I've been wanting to test them with Five Klicks' standard terrain generation system. I'm excited to see the results of this encounter! 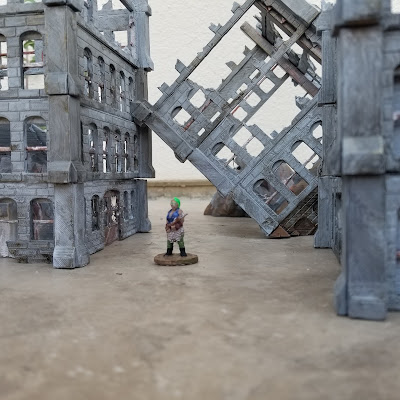 One of the things keeping me busy was building these huge crumbling modular skyscrapers for use on the tabletop. I wanted to give my Bug Hunt / Five Klicks mod crossover thingy a really densely urban feel (hence the name of the Region: The Crumbling Sprawl) so I put aside about two weeks to just crank these things out, paint them and prep them for the table. I also put them up on Thingiverse, so you can download your own cityscape for free if you have a 3D printer. They print without supports or rafts on starter FDM printers like my Ender 3, and honestly, I think the rougher they print, the better, given that they're ruins, so break out those half-clogged nozzles, push the flow to 130, crank the temp up 10 degrees and let your 3D printer make some messy walls for you to glue together. 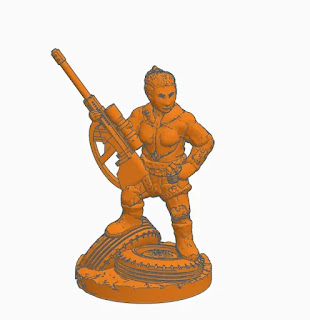 I've also been experimenting with some new models that I plan to use with Five Klicks in future games. The one shown here is one of my latest models and she prints without the need for supports. She's over on Punkin' Figs, along with some others that I've listed. More on the way in the coming days.