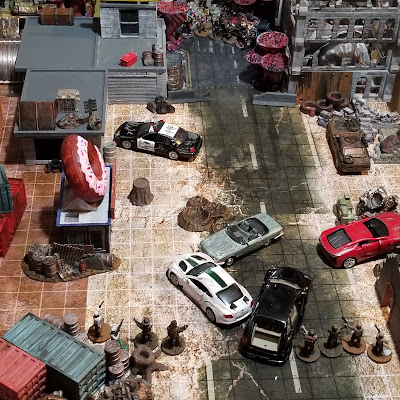 The Hazy Caves are here. They're nearby. I know it. Now, I just have to find them.

So of course, we start attracting attention.

Day 17 was Scrags, and they didn't give us much time to prepare. These ones were smarter than the last batch, tried to catch us unaware. Getting to them before they got to the rest of the convoy was an urgent mission, but the skies were clear and there were only eight of them, so I had a good feeling about the encounter. 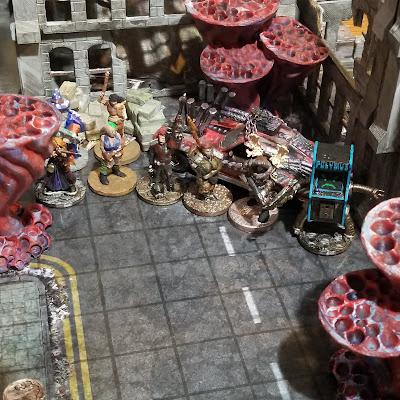 We cut a swath through the fungus choked ruins, intent on meeting the scrags on the road. 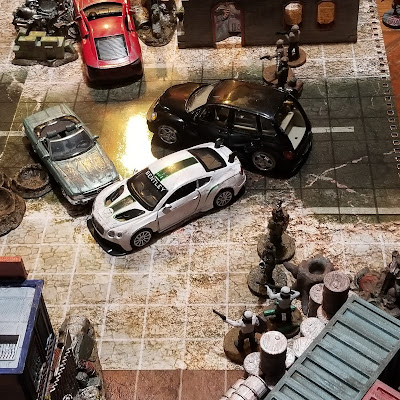 I saw pistols and scrap rifles, heard the crazed shouting of eager and desperate souls. 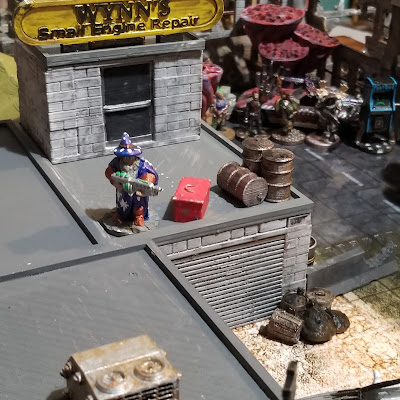 Merlin had already taken up a position on one of the buildings, using his talent at infiltration to get up to the roof immediately. 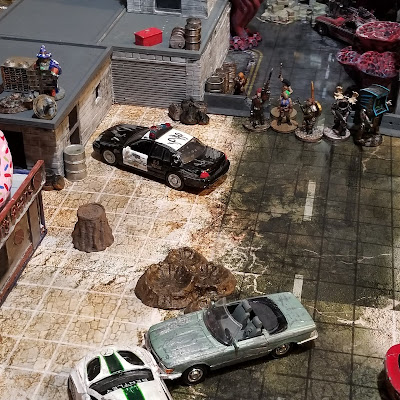 Seizing the initiative, the rest of us moved up to close the distance between us and the scrags. 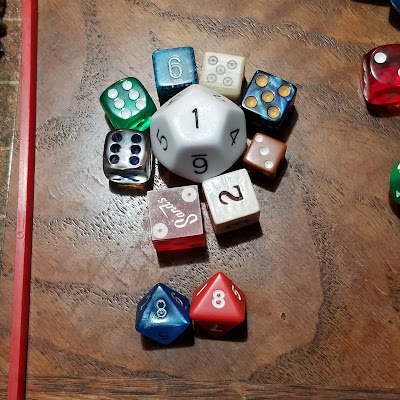 Kassandra, Nike and Dora were eager to get into the action. 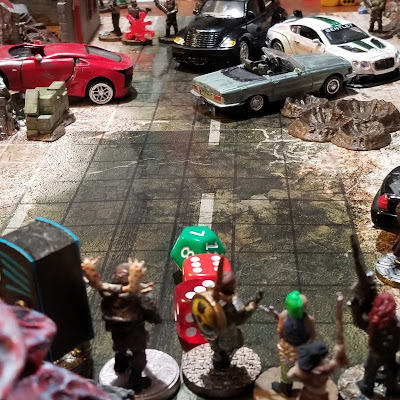 The crack of Kassandra's Fine Quality Sharp Shooter Rifle cut through the silence, dropping one of the scrags immediately. 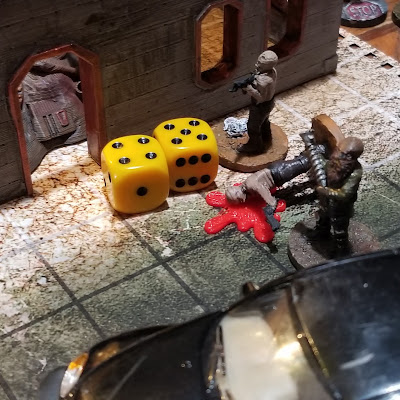 The Scrag closest to the fallen one screamed and bailed. 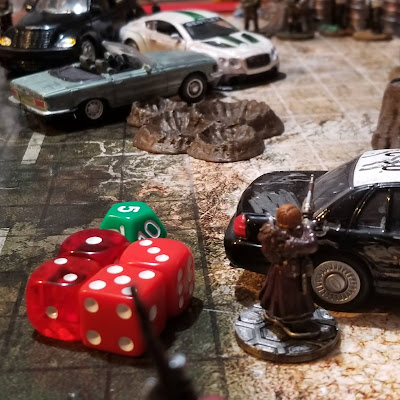 Nike moved into position and squeezed off a pair of shots with her needle rifle, but the rounds did little more than stir up the scrags. 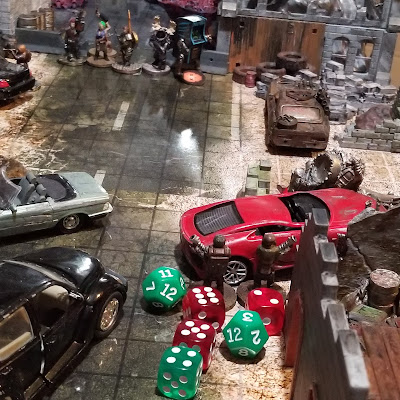 The scrags with the muskets moved into cover and started firing on Polybius. I saw one of the shots plink into his side, knew the shot was lucky-- for both him and the scrag. 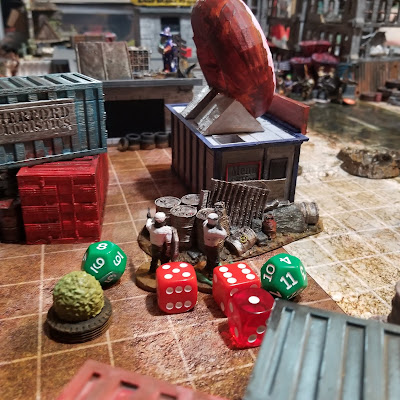 Another pair of scrags moved into cover and took shots at Merlin, but they did little more than cut holes in his robe. 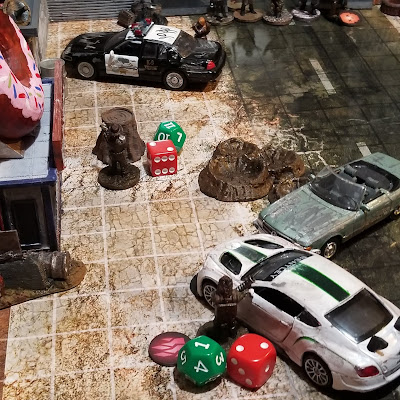 Two other scrags with muskets moved into cover and took shots at Nike, but both missed. 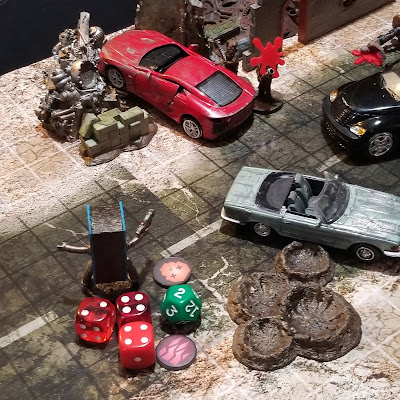 I heard Polybius's booster fire up, and then his needle rifle barked, skewering the scrag that had put a musket ball in his electrics. 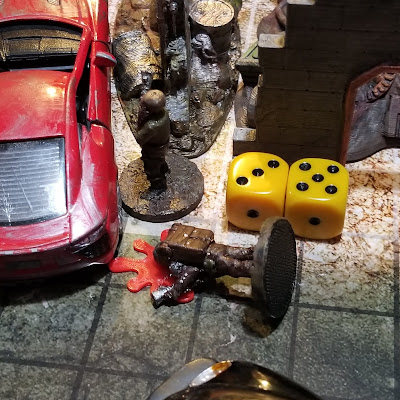 The other scrag that had taken a shot at Polybius decided he'd had enough of standing toe-to-toe with the horrifying sentient arcade machine, so he bailed. 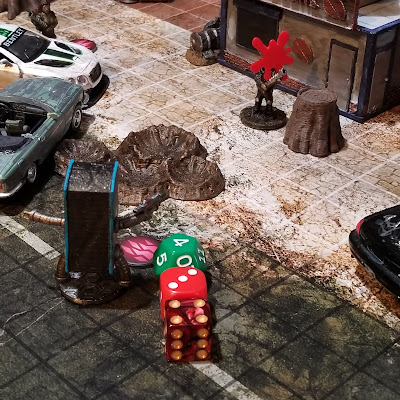 Still running off his booster implant, Polybius slung his needle rifle the instant it clicked dry, then turned and blasted the closest scrag with the shotgun he keeps handy for close encounters. 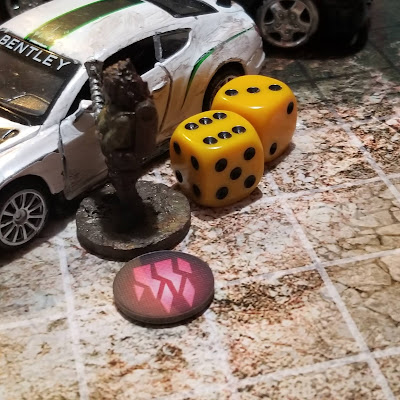 The last of the musket-wielding scrags panicked when her rifle fell apart. One look at Polybius's smoking shotgun barrel, and she was gone, bailing immediately. 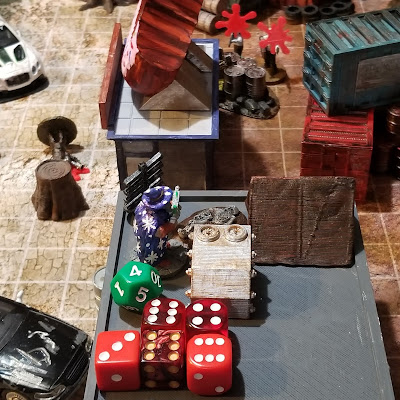 Merlin wasted no time slinging lead with his heavy machinegun, easily cutting down the last of the scrags. 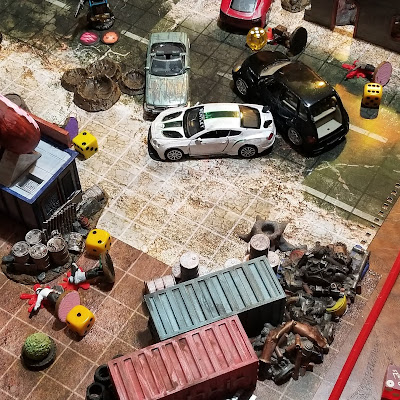