Preparing For Five Parsecs From Home 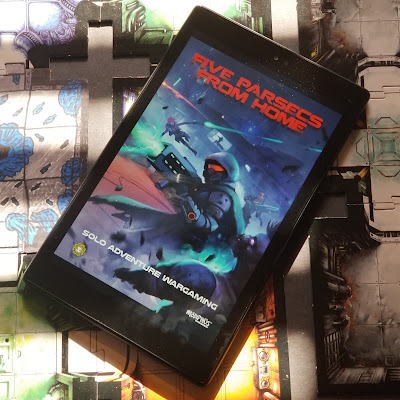 I've been excited about running a campaign in Five Parsecs for a while, but ended up diving into Five Klicks From The Zone because of a shipping delay on the hardcover for 5P. I'm glad that I did, and I'm also glad that I finally picked up the PDF for Five Parsecs, because the system is amazing.

Playing Five Klicks is rough. It's fun, but the system is very rugged and leaves a lot of questions unanswered. Let me stress that this is a good thing. Five Klicks is a post-apocalyptic survival game. It should feel rough. It should feel like you've been given a basic set of tools that you have to use to rebuild society. Five Parsecs, on the other hand, is smooth and cool as cold glass by comparison. Going through the book, I still can't believe how smooth the ruleset is. After playing almost fifteen total campaign turns of Five Klicks, moving into Five Parsecs is like being beamed aboard a Star Trek ship after having spent your whole life kicking rusty cans through a hot and dusty wasteland. I love both systems, but I'm definitely excited to get deeper into Five Parsecs. 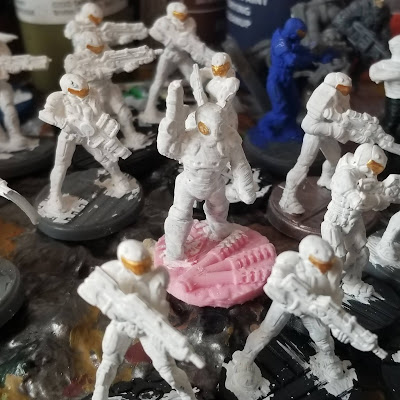 So I rolled up a crew and started painting the miniatures for them. They're an interesting bunch, a cluster of neer-do-wells turned vigilantes trying to make a better life for themselves under the wings (literally) of a Precursor captain, aboard a Precursor ship called The Dantor, with a clunky bot called Rooster that acts as a bodyguard for the group. We've made planetfall on our first world, so I'll be writing about our missions soon.

And the Adventures of Valkyrie Convoy will continue in the world of Five Klicks. I still have a lot of stuff to investigate with my Squad (like Factory 17, The Hazy Caves and the lair of the Skull Takers, so stay tuned there as well! 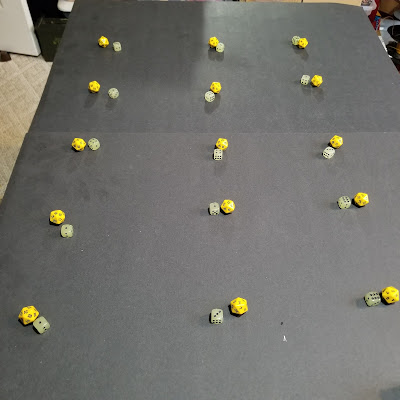