Day 23: Down In The Darkness (Five Klicks) 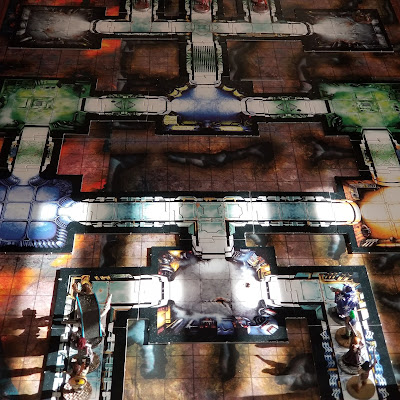 From the Journal of Maya Ceros, Day 23.

Sometimes it's rough being right all the time.

When we cracked the doors on the Hazy Cave, I knew right away from the smell that we were going to need masks. There was a toxic fog in the place, something thick that had been locked up behind a hermetic seal for countless years. There were spores in the fog too. Spores I recognized. 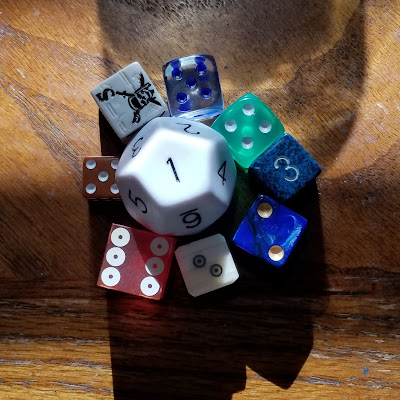 I was the first inside, the first to trigger the flickering lights in the aging facility. 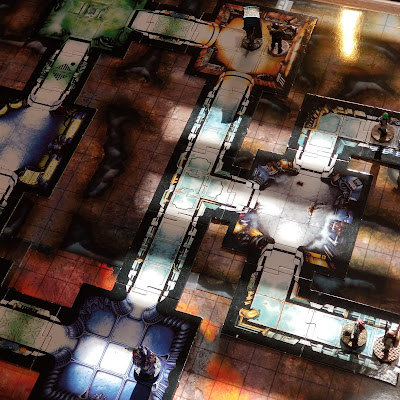 We spread out at the first fork, and that was when I heard the familiar howls and shrieks of the infected, screaming somewhere in the depths. 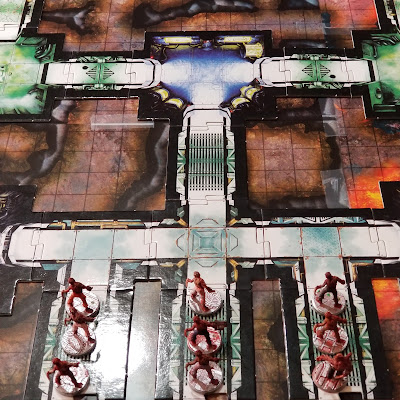 There were a lot of them, by the sounds of it. Lost souls corrupted by time and the ravages of the fungus that brought an end to our world. 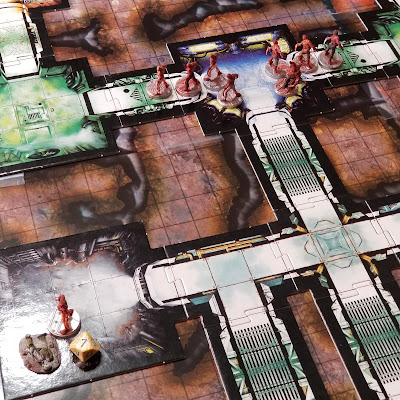 I could hear their blood-wet feet slapping against the cold steel catwalk as the infected threw themselves at us. 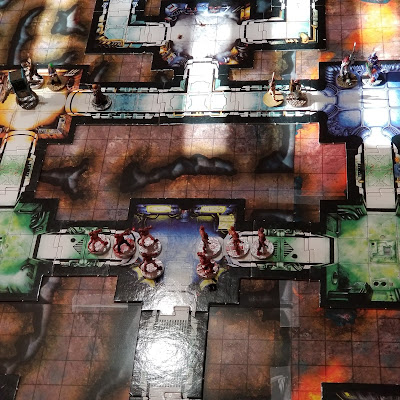 There was a terrible, desperate moment where everyone rushed in as quick as we could, readying weapons and taking up firing positions. 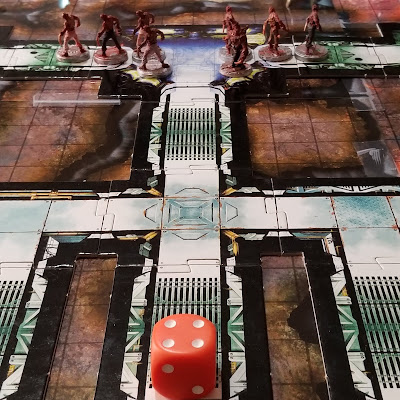 I heard howls deeper in, and wondered what horrors might still stir deeper in the caves. 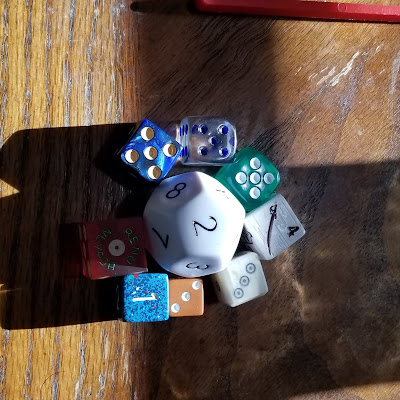 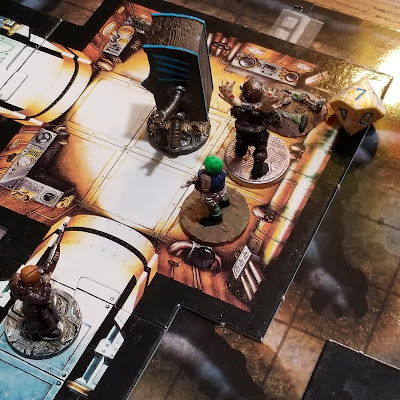 I found a corpse in the corner of the room where Polybius, Sally and I were set-up to face the horrors. I should have noticed the polyps, the fungal growths hanging from the emaciated muscles. When the thing exploded and a maw full of angry tentacles came at me, I yelled, jumped back and fired. 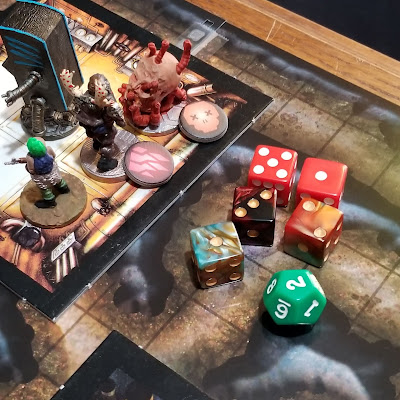 My machine pistol rattled out a handful of rounds and then jammed, only wounding the horror now suddenly in our midst. 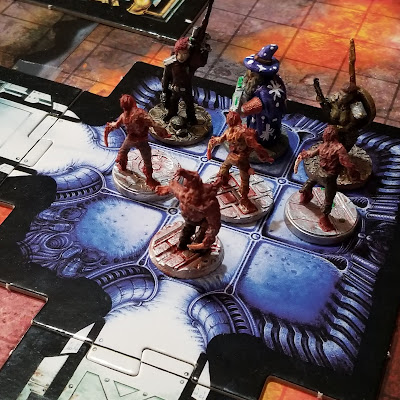 The rest of the horrors closed quickly, rushing to meet us. 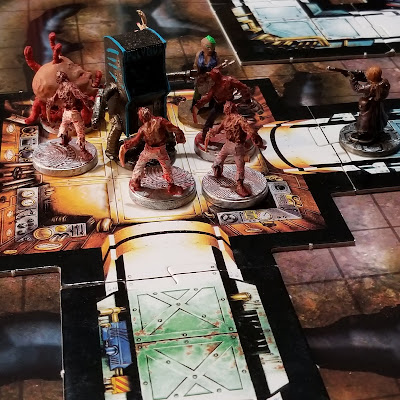 In seconds, we were surrounded, and I felt the terror of certain death clawing at my heart. 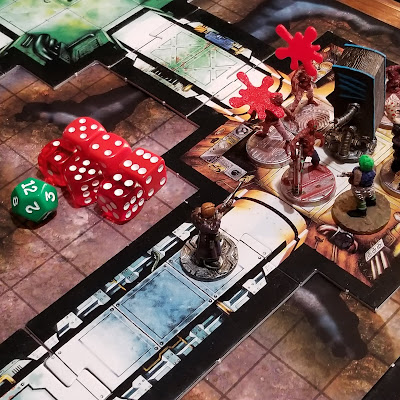 Then came the familiar whirr of Polybius's Booster Implant. At the speed of programmed instinct, he dropped two of the horrors immediately. 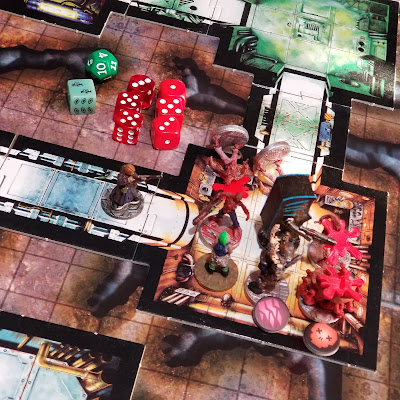 It was dizzying, seeing him spin and hose down two more horrors, dropping them to the floor with a wet thud. I closed my eyes reflexively as the spores gathered, but thankfully these infected were different. For some reason, they didn't detonate, only collapsed into piles of steaming goo. 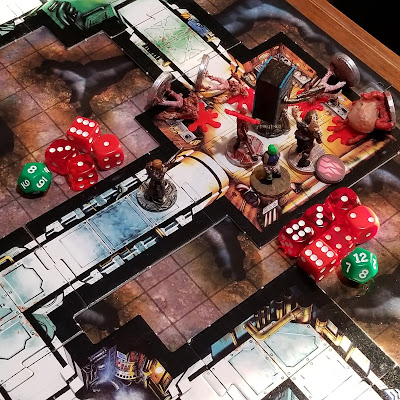 Sally and Nike were quick to mop up the last of the infected that had rushed into the room with us. 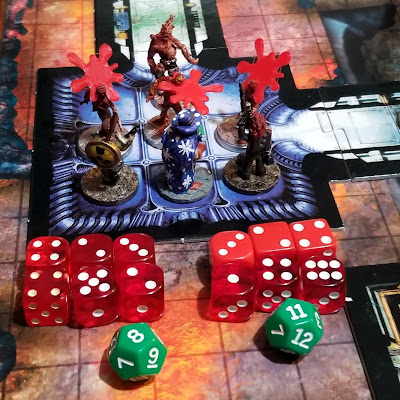 I heard the rattle and snap of heavy machinegun fire echoing in the distance, and knew instantly that Merlin and Kate were cutting down the horrors converging on their position. 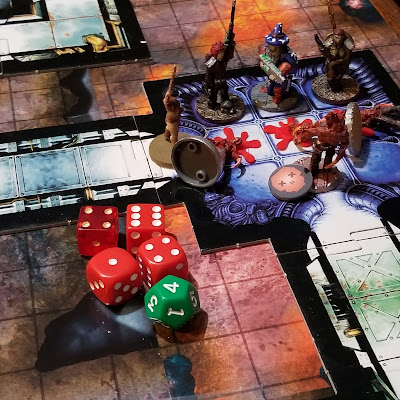 Dora joined the party last, but managed to wound the closest horror to her. There was more howling in the distance, enough that I braced myself to face another wave. 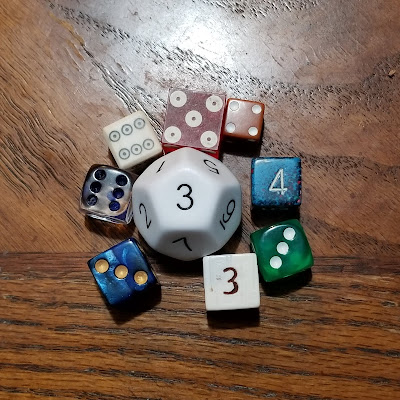 Luckily, that wave would never come. 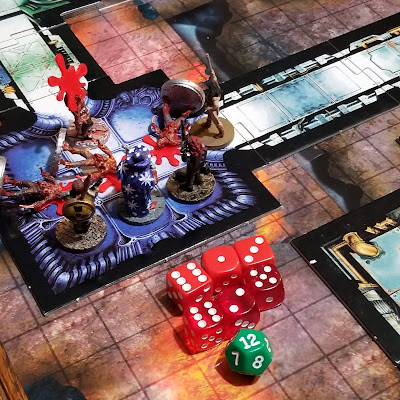 Merlin obliterated the last of the horrors near his group, clearing the room with ease. 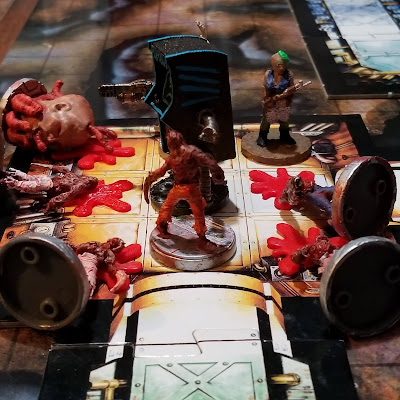 That was when the last of the horrors converged on Polybius. 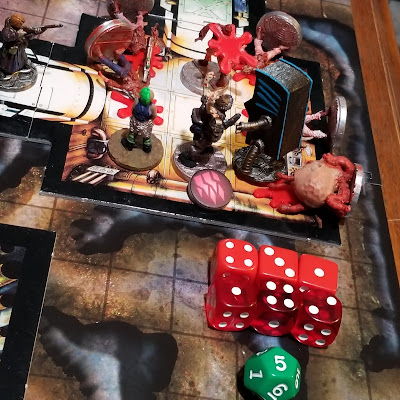 Only to be cut down by Polybius's bipod-equipped Heavy Machinegun. 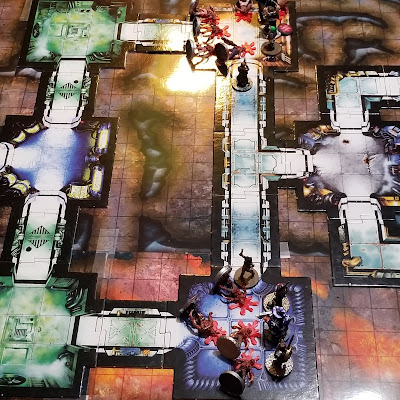 After the last of the horrors fell, we scoured the facility for anything of use, but didn't find much that got any of us too excited. There was some kind of medical robot that we were able to take apart and re-distribute into three med-kits, some melee weapons, and a decent suit of military armor, but that's it. While we were burning the bodies of the infected, Greene found a sealed door leading deeper into the caves, something like the door of a bunker or a bank vault. I am both excited and terrified to see what might be hiding behind it.
*
Polybius is MVP
All others gain +1 XP
4 AP spent on training.
Loot (1 +1 for Urgent Mission): Heavy Melee Weapon, Military Armor
Special Module Loot: Robo-Doc (Three Med-Kits)
Trade: Hafted Weapon, Heavy Melee Weapon
Convoy does not level up
Dora leveled up! +1 to Grit and +1 to Toughness!
New Rookie Recruited!
Progress Toward finding Factory 17: +0 (0 of 3)
Big Jimmy prepares a dose of Sprawlwort to give Daedalus an advantage in fighting fish. He then goes in search of herbs and finds none. He does not run into trouble.
Daedalus goes fishing and finds a Great Spot with four fish he could potentially catch. Fish 1: 1/4, Fish 2: 3/4, Fish 3: 2/6, Fish 4: 4/6. He attempts to hook Fish 1 and easily hooks him. Unfortunately, the fish breaks the line and gets away. Daedalus then goes for Fish 2 and easily hooks him. Unfortunately the fish breaks the line and gets away. Unwilling to give up, Daedalus goes for Fish 3 next, and easily hooks him. Unfortunately, this fish also immediately breaks the line and gets away. Lastly, Daedalus goes for Fish 4. He hooks it after a little effort, then starts to battle with it. Unfortunately, it too gets away, leaving Daedalus to return home empty-handed. He does not run into trouble.
Henrietta goes in search of hogs to wrestle, but finds none. She does not run into trouble.