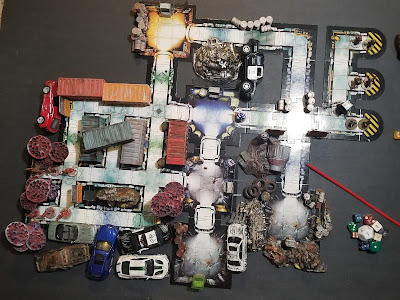 From the Journal of Maya Ceros, Day 33.

Gamma labs was a mess, and choked with so many spores that we had to go in with masks. I knew going in that we were going to be dealing with more fungal horrors. What I didn't know was how different these things would be. I don't know if the horrors were from this lab originally, or if they were only caught and changed here, but something truly horrible is clear. Someone, someone long ago, before the fall, was breeding the horrors here.

We moved into the lab fast. The plan was simple, find the horrors and cut them down quick. Facing infected horrors before so many times has made us efficient at clearing them out, and today's raid would turn out to be no different. 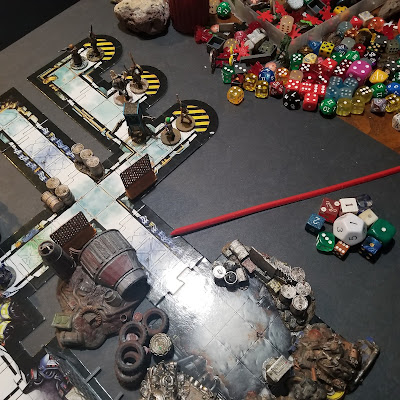 Merlin was inside before anyone else could move, and Polybius was hot on his heels. 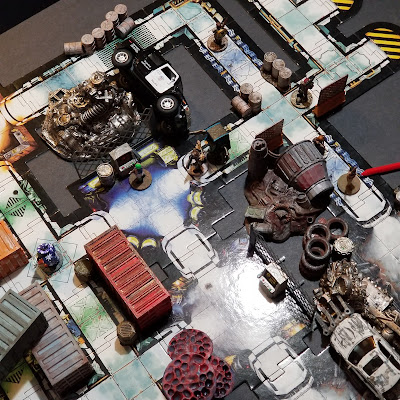 By luck, we were able to get deep inside the lab before the things started waking up. 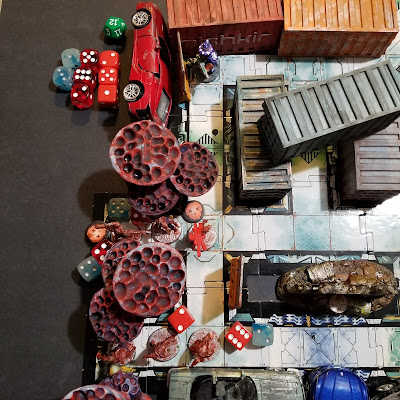 Despite being slowed down by his Battle Plate armor, Merlin managed to cross the lab with ease and make the first shot using his bipod-equipped heavy machine gun. Rounds tore into the closest of the horrors, and much to his surprise, it exploded with all the force of a shard grenade, scattering shards of bone and crystalized fungus in every direction. 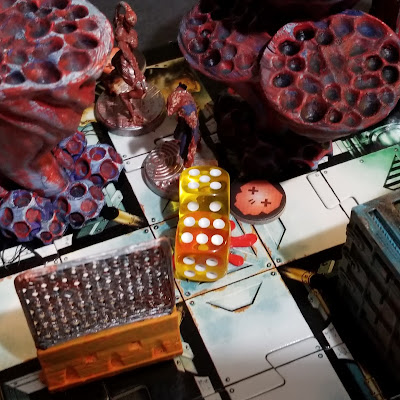 Somehow, these things seemed to have retained some semblance of sentience, as I heard one of them shout and stumble off into the wasteland, howling as it went. 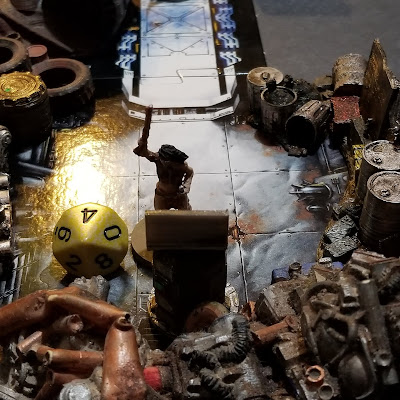 Dora started checking the computers. I found out later that there was a laptop with reports indicating something sinister-- the government agents at Sigma IV had come back to Gamma Labs after the fall to check on their "experiments." I could only assume they meant the shard-horrors we were fighting. Maybe these, and something also much, much worse. 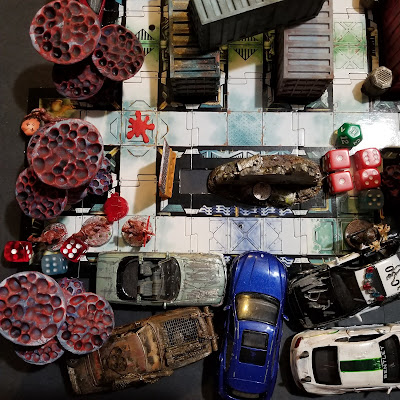 Not waiting around to see if the things would eat Merlin for lunch, I rushed in and peppered one of them with my needle rifle. The shockwave was strong, blew chunks of rotting meat down the corridor and set off another horror nearby. 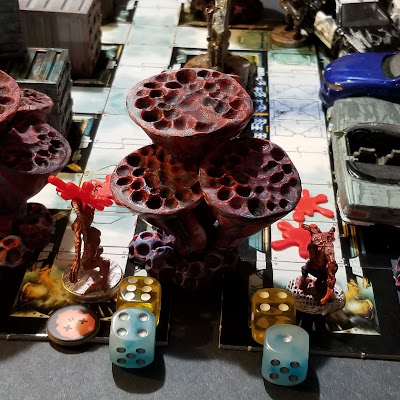 The secondary explosion triggered off a third, filling the air with shards. 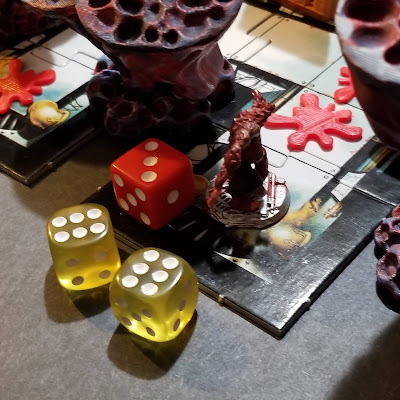 Beaten and bleeding from being caught in the detonations, the last of the horrors then turned and ran, sprinting off into the wasteland and leaving Gamma Labs empty, ripe for the picking. 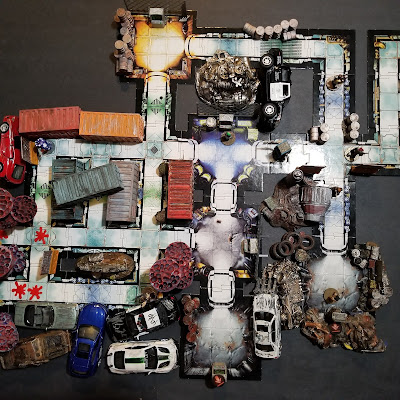 Gamma Labs was packed with junk, more junk than we could sort through in a single day, so we made the decision to come back again, see what we could find on Day 34. Delta Labs was trashed anyway, little more than a crater, and Epsilon Labs looked, well, inhabited.
The smell, at least, was horrific.
*
Maya is MVP (+1xp)
All others gain +1xp
6 AP spent on training.
*
Loot (1 + 1 for mundane roll): Civilian Carbine, Military Rations.
Salvage (per Loot Mod): None
Special Module Loot: Box of 5 Frag Grenades
Trade (5): Scrap Grenades (3), Pre-War Maps, Wasteland Currency, SAW, Scrap Cannon.
Convoy does not level up
Kate leveled up! +1 to Speed!
Kassandra leveled up! +1 to Speed and Grit!
Kassandra leveled up! +1 to Nerve and Grit!
+1 Scrap from Settlement Event.
Recruit: A Caravan Guard From an Isolated Enclave.
*
Big Jimmy prepares a dose of Sprawlwort to give Daedalus an advantage in fighting fish. He then goes in search of herbs but doesn't find any. He does not run into trouble.
Daedalus goes fishing and finds a Pretty Decent Spot with three fish he can try to catch. Fish 1: 5/1; Fish 2: 1/5; Fish 3: 3/1; He decides that Fish 1 and Fish 3 aren't worth his time, but Fish 2 looks big and lazy. He easily hooks it, but it immediately breaks away and disappears. Feeling defeated, Daedalus returns to camp empty-handed. He does not run into trouble.
Henrietta goes in search of hogs to wrestle and finds a pair. Hog 1: 4/3; Hog 2: 2/6. She goes after Hog 1, but it gets away before she can catch it. She does not run into trouble.
*
Post-Play Notes:  Campaign Turn 33- Factory 17, 6 Shard Men. No Leadership. Settlement Event: Scrap Find. Unusual: Cramped Conditions.