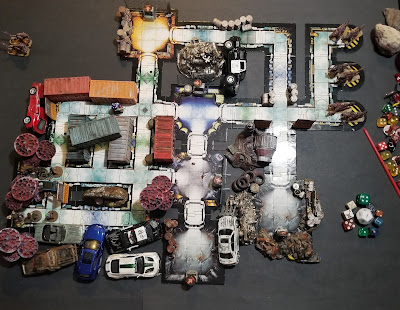 From the Journal of Maya Ceros, Day 34.

We shouldn't have come back to Gamma Labs.

Things could have been very bad. Even with everything that happened, even facing these horrors, we got very, very lucky. 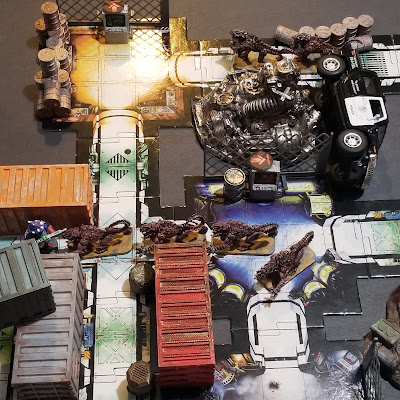 Merlin was the first into the lab, the first to hit the horrors head on. The lab was thick with spores, unusually so, and out of the haze came things unlike anything we'd seen before. They had massive paws of bony claws, slavering teeth where bone and skin and fungus all seemed to merge into one glistening carapace. They gurgled as they rushed in like hounds, quick as lightning.
But Merlin was quicker. 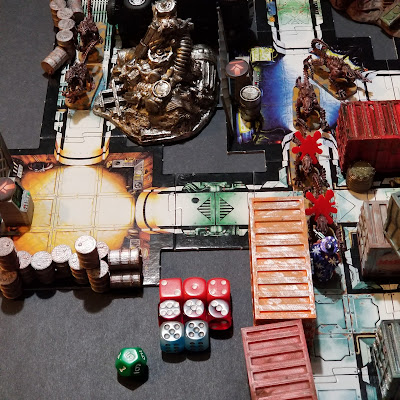 Merlin's Heavy Machinegun belched a spray of lead, cutting down two of the horrors immediately. 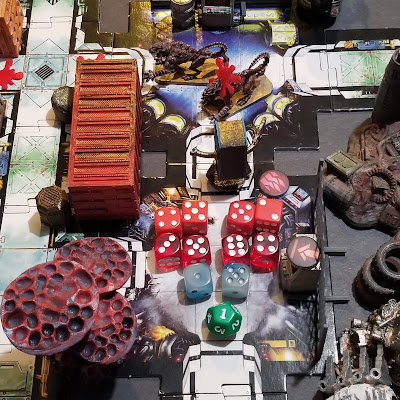 I knew we were in trouble the instant I heard the sounds, the gunfire. Polybius knew it too, and as he kicked himself into gear with his booster implant, I saw him go thundering into the lab, machine pistols blazing. 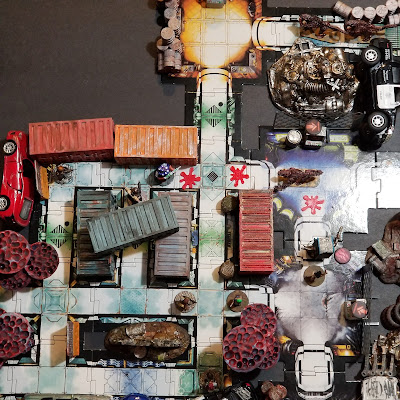 The rest of us moved up, closing the distance. 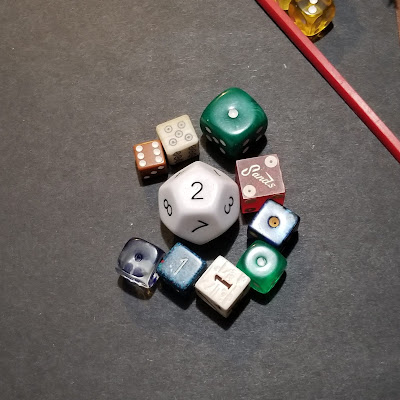 Adrenaline was pumping, surging through my veins. 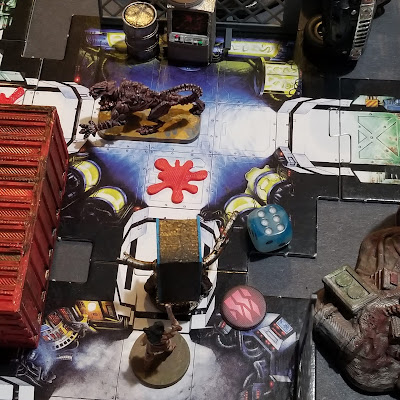 In one smooth movement, Polybius slammed a couple of clips home, readying himself to deliver another spray of hot lead. 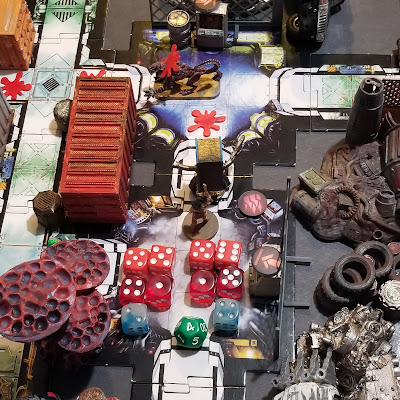 His aim was true, two clips, and he emptied them both into the closest horror. 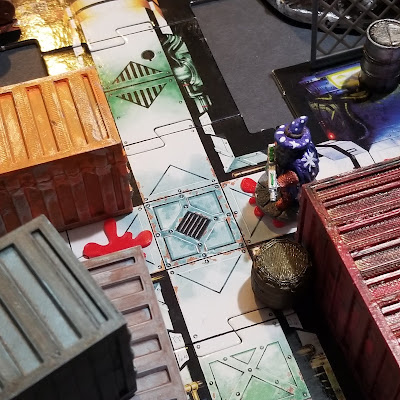 Merlin heard the remaining horrors before they even reached us. Bravely, he crossed the hallway in front of him, and prepared to meet them, to stand as a bulwark between the horrors and the rest of us. 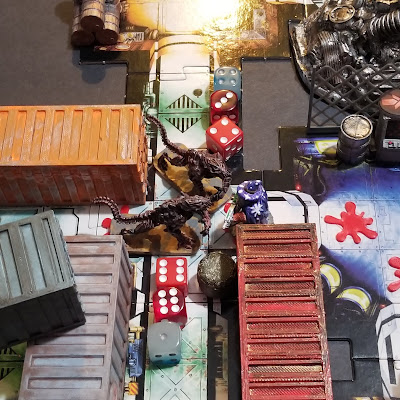 Screeching and squelching, the horrors rushed in and clawed at Merlin, but his battle plate took all the hits and he beat them back. 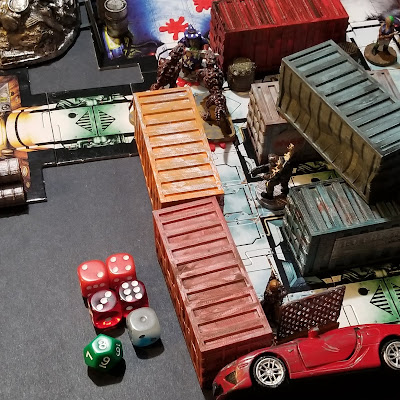 Nike readied her needle rifle, eager to punch holes in the hoary hide of the horrors, but none of the rounds bit deep enough to drop the closest among them. 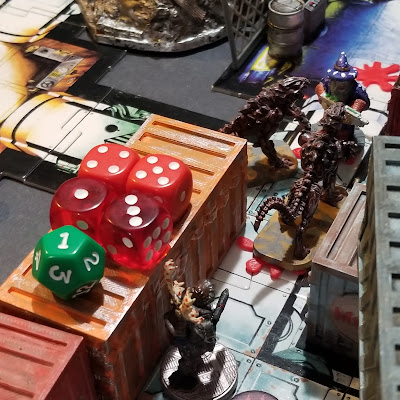 After her hail of shards, I crossed into the hallway and let lead fly, but these horrors soaked all of my fire with ease. 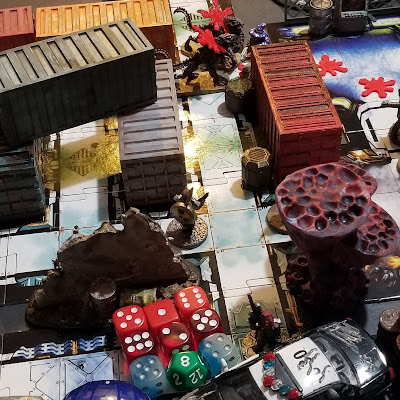 That was when Kate levelled her Heavy Machinegun and hosed down the last two of the things, dropping them wetly on the floor. 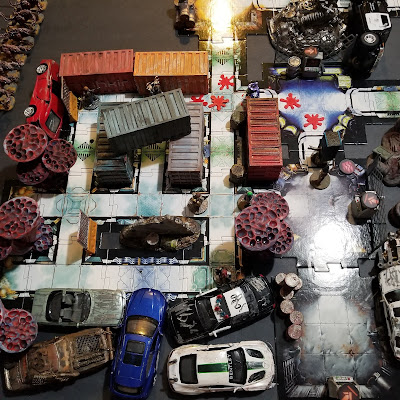 In the end, we didn't find much. Enough to make the trip back in worthwhile, but nothing too spectacular. Now, there's only Epsilon Labs left, and maybe, maybe there, we'll find answers about what was going on in this place, and how the pre-fall government was involved with the collapse of the world as it was.
*
Merlin is MVP (+1xp)
All others gain +1xp
6 AP spent on training.
*
Loot (1 + 1 for mundane roll): Shotgun, Musket.
Salvage (per Loot Mod): None
Special Module Loot: Prototype Needle Rifle
Trade (5): Mental Implant, Med-Kit, Hot Pack, Stimpack, Laser Sight.
Convoy does not level up
Dora leveled up! +1 to Speed!
Polybius leveled up! +1 to Nerve!
Merlin leveled up! +1 to Nerve!
Maya leveled up! +1 to Speed and Grit!
Recruit: Ready To Serve: Reclaimer from a Pre-Collapse Scientific Base
*
Big Jimmy prepares a dose of Sprawlwort to give Daedalus an advantage in fighting fish. He then goes in search of herbs and finds one: Wasteland Henbane. Since he already has this herb in his garden, he goes home empty-handed. He does not run into trouble.
*
Daedalus goes fishing and finds a Great Spot with four fish he can try to catch. Fish 1: 5/1; Fish 2: 3/5; Fish 3: 4/5; Fish 4: 6/4; Deciding that Fish 1 isn't worth his time, Daedalus goes after Fish 2 first. He easily hooks it and, with a bit of a battle, brings it in. He then goes after Fish 3 and hooks it, but it breaks away. Fortunately, it stays close by and he hooks it again. Slowly dragging it in and tiring it out, he brings it in to shore. Motivated by his catches, Daedalus sets his sights on the final fish, Fish 4, and easily hooks it. The battle is easy, and the fat lunker is brought in to shore. With 14 total strength points worth of fish (and one being a 10 in combined statistics) Daedalus shows his catch around to everyone. Everyone is proud of him, and Greene offers him enough scrap that he is able to add +4 Scrap to the coffers of the Convoy.
Unfortunately, he also runs into trouble.
On his way back to the Convoy, a single Infected Dog comes after him, but he manages to beat feet and get away from it without a fight.
*
Henrietta goes in search of hogs to wrestle, but finds none. She does not run into trouble.
*
Post-Play Notes:  Campaign Turn 34- Factory 17, 6 Slaughter Horrors. No Leadership. Settlement Event: Wandering Doc. Unusual: Acrid Haze.