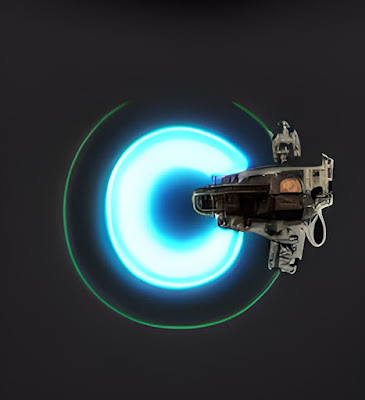 I wake up from another dream about the Reapers, about that last desperate rush to get through the Zeioph Relay to IC-342. I thought I was hardened in those days, thought I’d seen it all after years of fighting Batarian slavers, facing off against the Blue Suns and Eclipse, but I was wrong. There is nothing like life in The Forge. There is nothing like just trying to scrape by in a galaxy this alien, this distant from home.

Sitting up, I force myself to breathe, close my eyes, try to center myself. It’s been two and a half years, and in all that time, there’s been no evidence of the Reapers, no reliable evidence. Officially, Cerberus’s stance is that it’ll take the Reapers three thousand years to reach us through dark space, but if they manage to make their own Zeioph Relay and lock it onto the one on our side, then we could have a lot less time than that.

The Terminal in my flat on Anchor Drop Station lights up and trills, distracting me from thinking too much more about it. Pulling on clothes, I cross to the chair, drop into it, trigger the console. The guy on the other end is smiling politely, but he’s the last person I want to see right now.

"Commander. Good. We need you in Indigo Lab as soon as you can get here."

"Indigo lab," I lean in, cross my arms. "Zeioph studies. What's the situation?"

"You remember the tombs we chiseled out of Armeni? The crypts we brought with us?"

"The ones that Doctor Keller has been saying are actually stasis pods?"

"The same," Director Calderone inclines his head slightly. "I've always believed she was right, and believing has paid off. She's figured out how to wake one."

"They're fossilized," I offer. "Stone. How is that possible?"

"Intentionally fossilized, electrostatically flash-fossilized with an embedded protocol for converting stone back into flesh, or so she tells me," Calderone pulls in a long, uncertain breath. "She lost the first two learning how the technology works, but the third decanting looks very promising. I want you to be there when we wake this one up."

"In case something goes wrong?"

"We may very well be the last survivors of our entire galaxy,” he says quietly. “I don’t want to take any chances.” 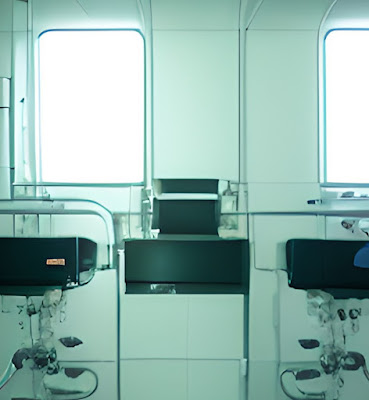 Anchor Drop Station isn’t very big. Fifteen stories, and most of that is straight down into the core of the asteroid that has provided most of the metals we’ve needed for expansion. The design of the station is Cerberus all the way down, with gray walls and security mechs every ten meters or so. Indigo Lab itself was one of the first research labs built on Anchor Drop, so maybe it’s no surprise that the design seems more suited to storing cargo than to research or science. Things were tighter in those early days, more desperate, but even still, the Zeioph were enough of a priority to warrant their own high security storage.

Doctor Keller’s assistant greets me and waves me past as I cross through the security scanner. Director Calderone is already waiting for me just inside, seems more nervous than usual, folding his arms and nodding at me as I take my place beside him. Doctor Keller is less warm, doesn’t even look up. To her, my presence is just a distraction. The idea that an awakened Zeioph might be dangerous is ludicrous to her, but I’ve read the Cerberus data on Javik and the Prothean Empire. The Protheans were conquerors, destroying everyone they could not subjugate, and plenty of people thought they were a peaceful race of gentle giants at first too. It could be just as likely that the Zeioph were even more fascist than the Protheans.

“Are we ready to begin?” Doctor Keller asks, looking at Director Calderone through her thick lab goggles. Joseph nods back, gestures, and the doctor turns again to the weathered obelisk in the center of her lab. Her fingers tap out instructions, and a quartet of tripod-supported arrays around the obelisk start to glow.

Joseph watches in nervous attention, but the process is less interesting to me. I have less riding on it, but Calderone has the whole weight of humanity on his shoulders. I let my eyes wander, and there’s plenty to look at. The lab is awash with alien artifacts. Geth parts, Collector tech, Prothean data slates– and more exotic things, like Precursor tech.

“I sent a team to Neoma B to secure more Precursor artifacts in trade with the Grubs.” Director Calderone says. “One of the artifacts we acquired was a kind of ion flux regulator, and the analysis of the device provided breakthrough data for Doctor Keller. We’re standing on the shoulders of giants here, literally. If it wasn’t for the Precursor tech, we wouldn’t be advanced enough to try this now.”

“Increasing matrix flux to ninety shifts per second,” Doctor Keller says, adjusting controls on the note computer in her hand. I can’t quite tell, but it looks like the obelisk is starting to twist, or maybe vibrate. Something in it is moving, like the stone itself is becoming permeable. Curious, I stare, drawn in by the shift in the material, watching as it intensifies.

Director Calderone turns to fully face the obelisk, watches as it changes color, goes from dead stone to a living, breathing shell of something gelatinous looking. I take a deep breath to steady myself, but my eyes are absolutely locked on this thing turning from stone to flesh right in front of us. One of the arrays starts to flicker, and then Doctor Keller goes stiff as a board, fighting with the controls on her computer. There’s a shift in the stone, a horrible moment of silence, and then the living obelisk explodes in a hail of meaty bits, washing across the room, the doctor, everything. Pulling my rifle, clacking the safety off, I turn to force my way into the lab, but Director Calderone stops me, grabs my arm and points. In the center of the room, dripping with alien gore, Doctor Keller stands alone, incredibly and understandably pissed off.

“I need a clean up crew, not a mercenary!” the doctor shouts at Calderone, completely ignoring me. To his credit, the director nods, turns to Doctor Keller’s assistant as the young man rushes into the room, then rushes out again. Deciding that there’s nothing left for us here, nothing we can’t read on a report later, the director leads me out of the laboratory, and asks me to walk with him to the station Commissary. 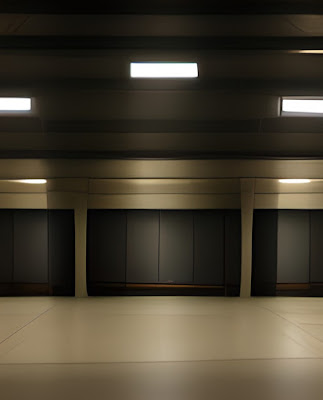 “I don’t need to tell you that, even after two years, we’re still flying blind out here.” He finally says, breathing a sigh as we step into the elevator. “We know next to nothing about the relay on this end and even less about this galaxy and what’s in it. We need answers, technology, allies, hell, even something worth trading. If the Reapers were to come through the relay right now, the whole of humanity would be extinguished in a matter of hours.”

“That’s assuming that the Reapers managed to take on the whole Milky Way and win, or that the Andromeda Initiative never got out.” I hesitate, look at him. “But I get your point.”

“I’d love to be able to be as optimistic as you, Commander,” Calderone shakes his head. “Listen, there are a thousand things in this sector that need doing, but not enough people with your background, your tenacity that are capable of getting them done.”

“Make me a list,” I tell him. “I’ve got the Ulysses, and I’ve been itching to get off this station.”

“Lists never get done,” he sighs. “Commander, I need someone to look into something that could really give us an edge out here. One of our wildcatters has picked up readings that look like another Precursor vault on Neoma C. The Grubs haven’t found it yet, or at least, there’s no indication that they have, but on the off chance that they don't know about it, it’s really only a matter of time before they do. I want you to check it out, see if it's worth sending a science team in or setting up a permanent base on the planet. It could just be false readings, but if it’s not, if there is something there, I want humanity to claim it first. We need access to Precursor tech straight from the source, and we’re running out of things to trade for the trinkets the Grubs have been willing to part with.”

“I’ll get it done,” I tell him, wrapping my hand around the piece of hull hanging at my neck. “If there’s anything there, I’ll make sure we claim it first.”

Director Calderone smiles, genuinely, and probably for the first time in months.

Miss: Face a significant obstacle before beginning the quest.

Oracle: Story Complication: 85 (Urgent Message distracts you from your quest.)