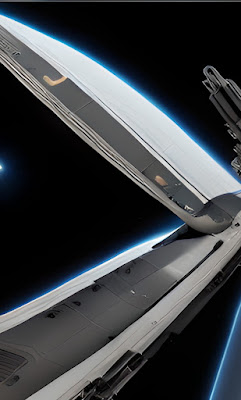 "Director Calderone, we have a problem."

Joseph's smile fades at the sound of his assistant's voice. He sighs as he lifts his wrist and activates the comms on his watch.

"The Church of the First Light is back. They've swarmed the recreation level and pushed security back to the elevators. Their leader is demanding to speak with you, sir."

Director Calderone looks at me, exasperated. “You willing to make a detour?”

“Good,” he says, looking ahead. “These people don’t usually listen to diplomats. They might listen if you’re there.” When I shrug, he taps the comm button on his watch again. “We’re on our way.” 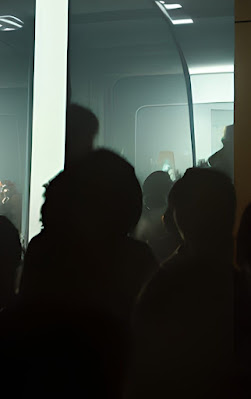 I can hear the shouting before the elevator doors even open. The first thing I see are the armored backs of station security, a dozen faceless troopers in combat gear with rifles at the ready. Beyond them, a sea of civilians pushes against the barricades, angry and hateful.

And then everything changes. The second the civilians see the Director, their tone changes. Silence settles over the room as Calderone raises one hand, gives them his most benign smile. Only a few nervous eyes glance over at me.

“We are one people,” the Director says, spreading his arms. “We have a system for meeting the needs of the people. There is no need for this.”

“The system doesn’t work,” a voice calls out from the crowd, and then there is a man wading through the sea of people toward the barricades. Dark, stern eyes stare out from beneath the cowl of an enviro-hood, and as he gets within spitting distance, he gives me a look of disgust before turning his eyes back to the Director. “You have artifacts here that are sacred to the Church of the First Light. I have submitted countless requests to have them put out on public display where all of the people of The Forge might gaze upon them and bathe in the beneficence of the First Ones, yet you have denied all of these requests without a reason. Why?” 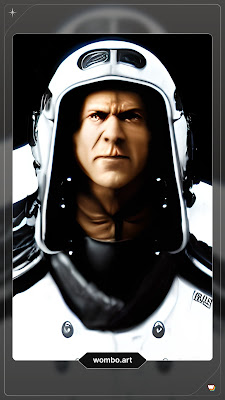 “It is true that we have Precursor artifacts on the station, but it is also true that these artifacts were acquired from the Grubs at great cost. Until we have more, the scant few that we have should be kept secure, where they can’t be broken or stolen.”

“Why must we acquire them only from the Grubs?” the man in the enviro-hood shoots back. “Anyone should be able to mine Petra for its holy relics.”

“The Grubs might not like that,” I offer, and his eyes snap to meet mine. “They’re very territorial. If we show up and start taking their things, we could end up starting a war.”

“We’re already in a war,” he snarls back. “A holy war, and you two are on the wrong side of it.” He points at me, then the director. “Mark my words, you will both rue the day you ever stood between the Church and our Gods.”

And then he turns away, spreading his arms and calling out to his flock. In another five minutes, they are gone, but the look in his eyes still lingers with me, makes me nervous. The church has so many supporters on the station, so many die hard fanatics, and that worries me.

“That man is dangerous,” I tell Director Calderone.