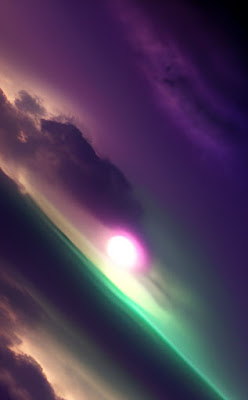 Most of the docking bays on Anchor Drop are on the ring halfway up the spire that sticks out of the asteroid. I’m there in five minutes, stepping out of the elevator to immediately find myself flanked by a pair of armored guards.

“What’s going on?” I ask one of the troopers.

“Not here,” he says, his voice raspy and mechanical through the thick helmet. “The Director doesn’t want to cause a panic.”

That gets my hackles up, gets me moving faster. Another pair of troopers gestures us past a pair of temporary barricades, and before I can really wonder why there’s so much security, the plastic privacy sheeting they've hastily installed over the docking bay entrance opens, reveals a very unhappy looking Calderone.

“What’s the situation?” I ask. Director Calderone doesn’t answer at first, only holds the sheeting while I cross through with the two troopers close behind me. Ahead of us is a single UT-47 Kodiak Drop Shuttle, a little weathered, but no more so than any other Cerberus-branded combat cockroach I’ve seen parked in these bays. Another pair of troopers stand on either side of the access hatch, their hands already on their rifles.

“Control grounded this shuttle for attempting to leave the bay without transit clearance,” Calderone says, summoning up his own omni-tool and pushing squares of orange-colored data in the air. “They couldn’t raise the pilot, but when they hacked interior sensors, they found this.”

There’s a groan, low and mechanical, the kind that gets in your head, the kind that feels like the part of your brain that summons up nightmares is hearing more of it than your ears are. I look over at Calderone, look at the waveform projected over his omni-tool, then look at him.

“You know,” he says ominously. “You’ve heard it before.” 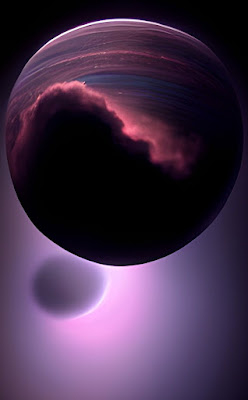 “We’ve all heard it before,” I manage. “If that’s what it sounds like, if that’s a husk– that’s impossible.”

“As impossible as geth shutting down a reaper relay in a galaxy way beyond the Milky Way?” He plays the audio again, and it makes my skin crawl.

“We can’t keep it here. It’s been clawing up the interior of that Kodiak since control locked it down. It’s going to get out eventually if we don’t deal with it.”

“And by deal with it,” I unsling my rifle, try to force a confidence I’m still not feeling. “You mean you want me to drop it. Take it out.”

“If we have any hope of learning from this, we need the hits to be precise,” he says, and his eyes are so intense that I almost can’t meet them directly. “You have the best marksman scores on the station. Kneecap it, disable it, whatever it takes, but try to save as much of the corpse as you can.”

“I don’t need to remind you how dangerous these things are,” I say, but he only pulls in a deep breath, nods.

“I know what I’m asking.” He responds quietly, his eyes rising to fix on the shuttle. I watch him for a moment longer, then finally pull in my own deep breath and turn my eyes to the access hatch.

It takes me a moment to steady myself, to calm myself enough to face the horror inside the shuttle. Raising my rifle, dropping into a combat stance, I gesture to the troopers, ignore them as they look at each other, then trigger the release for the hatch and start to back away.

Turning inward, I focus entirely on my breathing. There’s a moment of silence, of waiting while the hatch slides back into the wall of the shuttle, and then the sound comes again, bone-chilling. The tortured moaning of the desperate and damned. My exhale comes slow, measured. My heart is beating like crazy.

And then, suddenly, it’s there, in my sights, screaming, its skull-like face stretched with steely tendrils of pulsing biomachinery. 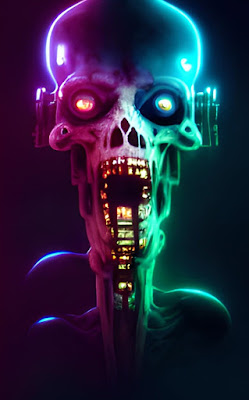 I choke, pull the trigger too late. It’s not the husk that does it, it’s what I see in that face, those eyes. It’s one thing when the horrors are faceless, just transformed colonists on worlds in the Terminus Systems. It’s another thing entirely when it’s someone you’ve met, someone you know.

The husk is halfway across the deck when I finally track to his center of mass and put a pair of slugs in him. The force of the impact is enough to drop him, and then I’m there with my boots on his arms to finish the job. The troopers on either side of the hatch are at my side instantly, weapons ready, but there’s nothing left to mop up. The husk lets out one last digital groan, and then it’s gone, silent.

“I know this man,” I whisper as Director Calderone walks up to stand beside me. Looking over at him, there’s a flash of recognition, there and gone in an instant. Gesturing, he calls a pair of troopers over, lets them gather the husk into a body bag.

“People will notice that he’s gone,” I shake my head. “People will ask questions. After what happened today, people will think you had something to do with his disappearance.”

Director Calderone doesn’t look at me, and that worries me. It worries me maybe more than I’m willing to admit. Instead of saying anything reassuring, he just repeats the same thing.

“We can’t talk about this.”

My heart is racing. I know enough from my years as a mercenary to know when to keep my head down, so I say nothing. Instead, I look back at the dead husk as the troopers zip it into a body bag. Even twisted as it is, I know that face.

Sage Flint, the man who had confronted us on the Recreation Level. The man who spoke of a holy war that we were on the wrong side of. The leader of the Church of the First Light.

Calderone makes a gesture to the troopers and I say nothing. He looks at me once, and I force myself to look back, to give him some semblance of a smile. His own face is unreadable. Maybe he’s wrestling with the same questions that I am, or maybe he knows something more.

I never get an answer. Instead, he turns on his heel and follows the troopers as they carry the body bag into a maintenance elevator and disappear into the station. Whatever is going on, I have a mission, a purpose, a place to be, and so I leave and head for the Ulysses. Only one thing matters. Only one thing ever matters.

Stay alive. Always, do whatever it takes to stay alive. 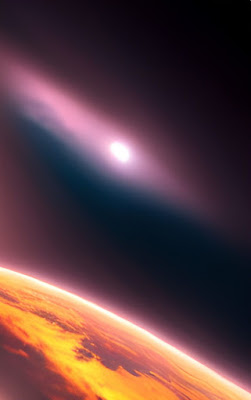