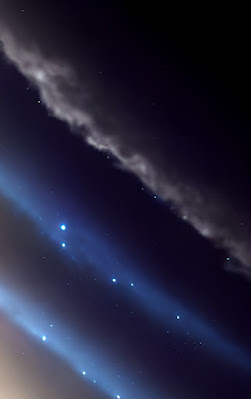 It’s everything I can do to focus on the mission. There are no good answers to the question of how Sage Flint got corrupted by Reaper tech. Either we brought it with us, or it was already here, in The Forge Galaxy. Either way, all I can do now is keep my head down. Watch, listen, and wait. If something sinister is going on, I have to be ready to face it on even footing. I can’t afford to choke up again.

The technicians in the docking bay are just finishing up when I arrive, bolting plates back to the side of the Ulysses and side-eyeing me for making a risky call. Doctor Emery Fuchida is already inside the ship when I arrive, rearranging my equipment and making room for his own all while serenading MISO with something that sounds like Gilbert and Sullivan. Even before I reach the open airlock, I’m trying to remember where I stashed my earplugs. 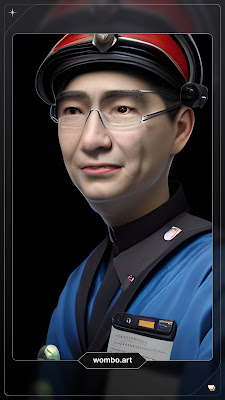 “Ah, Commander Schaefer!” Doctor Fuchida greets me as soon as he sees me, his eyes crinkling up behind his thick glasses. “Exciting day today, most definitely. Wondrous potential. Massive energy spike, consistent with a relay. Most intriguing.”

“Most intriguing,” I echo him, but I can’t muster the same level of enthusiasm. Crossing past him, I make my way to the cockpit, climb the short rack of stairs to the pilot’s seat. “MISO, request transit clearance from Control and prepare for hard burn. We’re going to be crossing the system to a target near the rim on the other side. Coordinates incoming.” I hastily tap the numerical string of the coordinates of the power spike into my omni-tool, flick the data toward the nav console.

Crossing back through the ship, I take a few moments to help the Doctor settle in and make sure that all of his equipment is safely stowed. I know that it’s in his nature to appreciate the little details, and my experience from working with him before has been that as long as he feels like someone gives a damn, he does good work.

Maybe that’s one of the reasons Calderone has paired me with Fuchida so many times in the past. He knows I’m good at acting like I give a damn.

The Doctor is sitting in his chair, humming to himself when we finally pull free of the docking ring and cut a hot line out from Anchor Drop toward Nyx. The route itself is known, easy, but beyond Nyx, out in the deep, cold black where the readings came from, that area is still mostly uncharted.

“You’d think if there’s something as huge as a mass relay out there, we’d have seen it already,” I bring it up with Fuchida about halfway through the trip, thirty minutes or so out from Neoma A.

“What’s the most number of relays you’ve seen back home, Doctor?” I ask.

“A telescope?” I ask. “What were they looking at?”

“Possible,” is all he says in response, shrugging as he taps through a series of screens on his omni-tool. 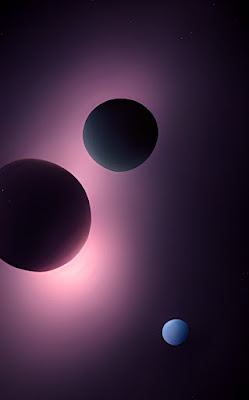 I decide not to push, just parse through data on the terminal instead. If the Geth were capable of looking into IC-342 using relays, could they communicate with other relays in The Forge? Maybe the anchor relays, like the one that brought us here with the help of the Zeioph relay, could be used in the same way, communicating across intergalactic distances. It all only brings up more questions, leaves me curious, uneasy.

“Coming up on the site,” I say, half-watching the readings, and then the alarms go off, blaring and red, drop us out of FTL and into the edge of a massive debris field. Waveforms spike on the detectors, register huge amounts of Element Zero, but I don’t have time to figure out what it means, where it’s coming from, other than right in front of us.

“Hold on!” I shout, and somewhere in the back, I hear Fuchida yell as I bank hard to the left, darting across a chunk of something that shines in the dark, crunches audibly against the ship’s hull.

“There is exterior damage, Commander, but I have bypassed critical systems in the area. I recommend avoiding further impacts, as the number of bypasses I can perform is limited.”

“Noted,” I grit my teeth, narrowly avoiding another chunk of debris. Slowing, tracking chunks of tumbling metal, I push through sensor readings, try to make sense of what I’m looking at.

“MISO, these eezo readings are off the charts. Any idea what we’re looking at?” 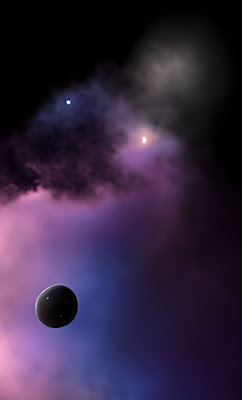 “Unknown, Commander,” MISO says, filling the cockpit with visuals of sensor readings. “The debris field is approximately five hundred million kilometers in size, and densest near the focal point of the power spike recorded by Anchor Drop. It is not recommended that we proceed further, as there is insufficient navigable space between debris objects near the source.”

“Can we take any readings from here?” I ask.

“Results so far have been inconclusive, Commander.” MISO says. “The thickness of the debris cloud has made it impossible to determine if there is a cold relay in the center of it or not.”

“Could the debris cloud here be the remains of a mass relay?” I ask.

“Unknown,” MISO replies, then says something else, but I’m too busy trying to dodge another chunk of debris, only hear the keening shriek of something grinding a line across the hull.

“Results of scanning the field are inconclusive, Commander,” MISO says. “Readings are consistent with signatures observed as being associated with Reaper technology.”

“It’s a relay,” Doctor Fuchida says, suddenly hovering off my shoulder, looking out into the debris with wide eyes. “Size of debris field dead giveaway. Must have been mass relay. Has to be.”

“Then this day just went from bad to worse,” I pull in a deep breath, do what I can to turn us around and put our nose back toward Nyx, on a course out of the debris field.

“This field proves it, Doctor,” I pull in a deep breath, try to still the shakes I’m feeling in my hands. “The Reapers made it to IC-342. They’re here. We’re not safe in this galaxy.” 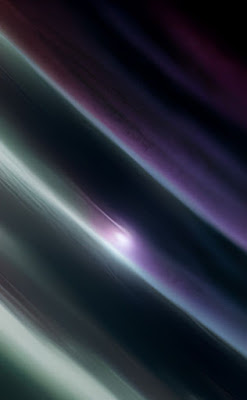 “Were never safe, Commander,” Fuchida says. “Foolish to believe Milky Way was only galaxy subject to harvesting. Reapers created well over one billion years ago. Plenty of time to spread throughout Supercluster.”

The way he says it, like it’s nothing– all I can do is stare at the stars, numb. After everything I’ve seen today, I feel almost broken, lost.

"Back in the Milky Way, the Reapers were aligned with the Geth," I manage, trying to draw connections, trying to make sense of everything I've seen in the past twenty-four hours.

"Heretic Geth, yes." Doctor Fuchida nods. "Unlucky if heretic Geth involved, but also unlikely. Not in Reaper nature to destroy mass relays. If Geth involved, not aligned with Reapers. May still be unlucky."

"Could Geth in the Milky Way do this?" I ask him, gesturing. "Detonate a relay here? In The Forge?"

"While active? Hmmm. Unlikely, but not impossible. Detonation of active relay quite spectacular, though. Often triggers supernova. Readings here consistent with destruction of inactive relay. Would require physical means."

"Then the Geth are here, in The Forge, with us," I manage.

"Likely," Fuscida says absently, leaving the cockpit and crossing quickly back toward the middle of the ship. "Know where we are? Also likely."

"We've got to get back to Anchor Drop then," I tap a string of coordinates into the nav computer, plot a course back home.

Recommend layover in Wayward Wellspring for repairs," Doctor Fuchida says. "Have friends there. Could analyze data further. More for report."

I almost tell him no, almost order MISO to make a straight shot back to Anchor Drop. The colonists at Wayward Wellspring have no love for Cerberus, and the last thing I want is more trouble when the Ulysses is this banged up.

Instead, I grit my teeth at the stars, change the heading.

“Alright,” I offer. “Wayward Wellspring it is.”

Move: Undertake an Expedition (To Wayward Wellspring, Neoma A)
Roll: Move At Speed (Edge) 3 + 6 (9) vs. 3 & 9 (Weak Hit)
Face a peril on site. (Unwanted Attention From Authorities) 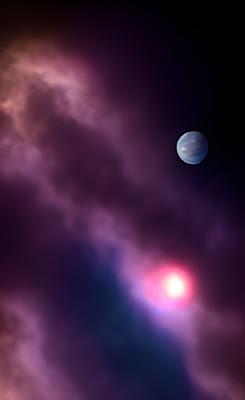