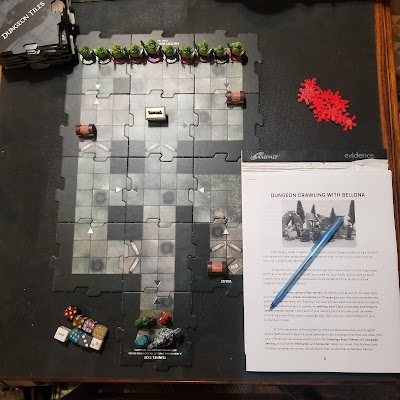 After having cleared out the magical undead threat in The Jagged Vaults of Hidden Death, the Blue Banner Adventuring Party traveled overland to their next destination, The Jagged Cavern of Sharpened Blades. The cavern is said to be full of Patient Demons who are Swarmers. As such, I dug out my pack of ten little dumpy demon imps from Ill Gotten Games and built them an ominous dungeon out of map tiles from Wrath of Ashardalon. 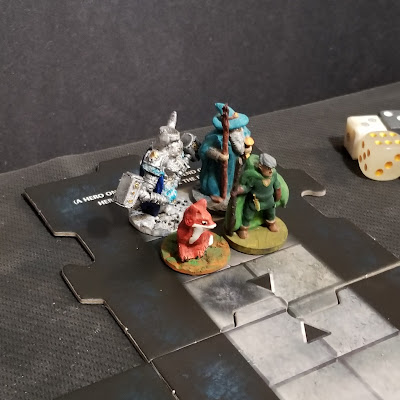 Our adventuring party, as before, is composed of Sigyn Hammeress, a human warrior, Merlandir, a human wizard, and Daedalus, an elven cleric. Recently, they also picked up a single, one point ally, Fuzzybutt the fox. 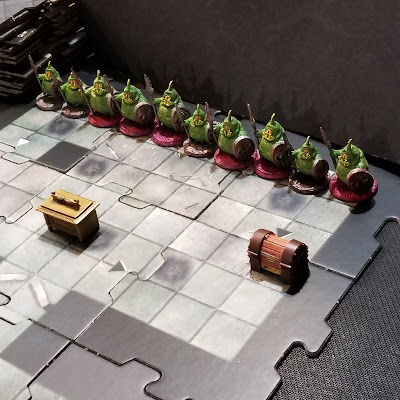 The Jagged Cavern of Sharpened Blades is home to 10 single point basic units. As with all basic units in BELLONA, they can move six inches and make melee attacks if within one inch of a target.
There are also four chests (recovery objectives) on the board which the heroes can either take during combat with a melee attack action or gain by clearing out the dungeon completely. 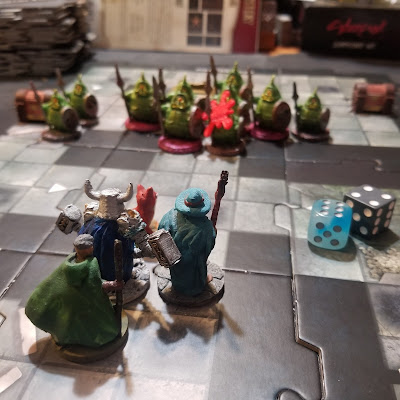 The heroes get the jump on the Patient Demons. While the horrors swarm toward the party, the adventurers hold their ground. Since he hasn't moved, Merlandir uses his Zeal, his Inspiration from Daedalus and his natural magical Advantage to absolutely blast one of the demons into oblivion. 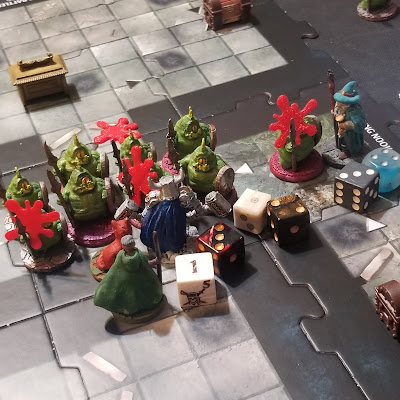 Turn two sees a lot more close combat. As the demons advance, Sigyn and Fuzzybutt rush in to meet them. Daedalus stays just behind them, inspiring them and waiting for his own opportunity to step in an deal a decisive blow.
Three more demons fall, one of them to Merlandir as his trusty blade goes snicker-snack! 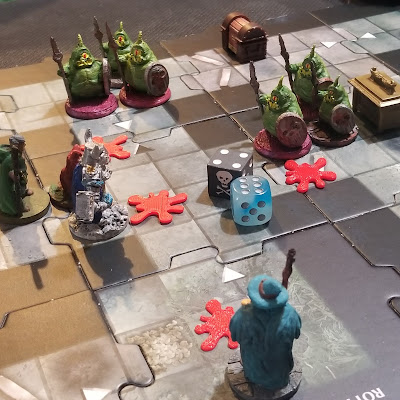 As turn three opens, Merlandir casts Frost Wave and blasts the demons back, away from the adventuring party. 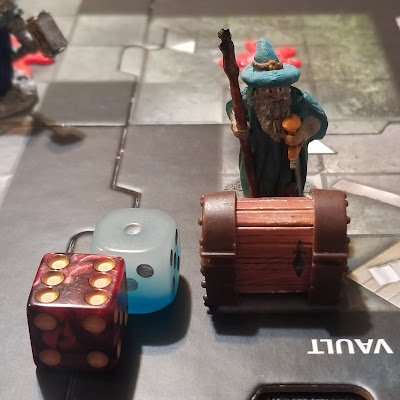 He then makes a run for it and opens the nearest chest, revealing an Amulet of Wealth! Useful! 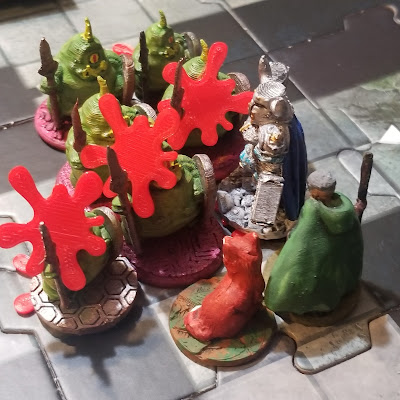 Working together, Sigyn and Fuzzybutt crush the next advancing wave of demons! 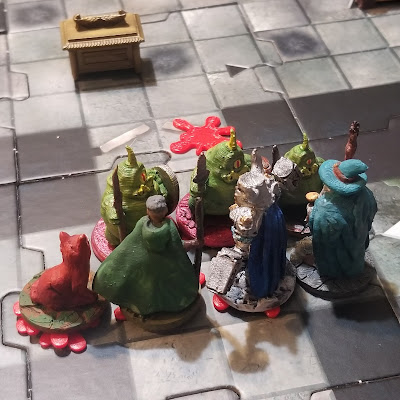 With only three demons left, the adventurers get cocky and spread out, ready to finish this battle for good. It's a 3v4 and we're better equipped! 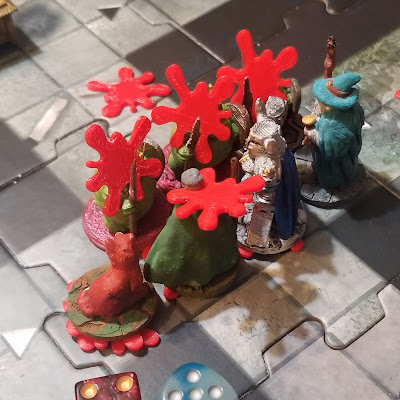 Well, the battle ends alright, but not before one of the demons stabs Daedalus and drops him. 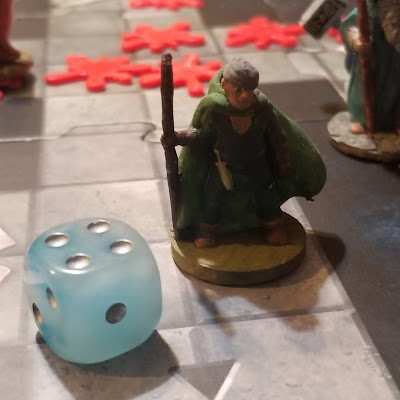 Fortunately, he's a tough old elf, so he easily survives to fight another day! 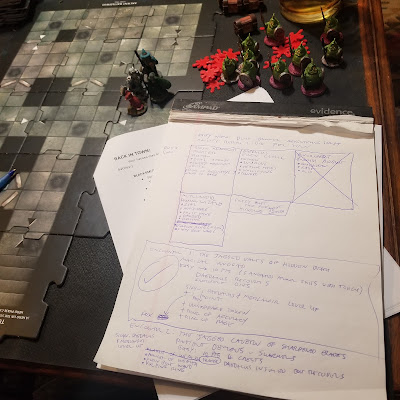 As the party recovers in town, they sort through the treasure they recovered from the cavern. Sigyn, Merlandir and Daedalus all reach level two, and the loot they've gathered consists of two Amulets of Wealth (one of which they sell for 1,000 Onyx Coins), a Fiery Bolt Wand and a Vulpine Ring.
Total play time: about 35 minutes.
BELLONA can be found here.