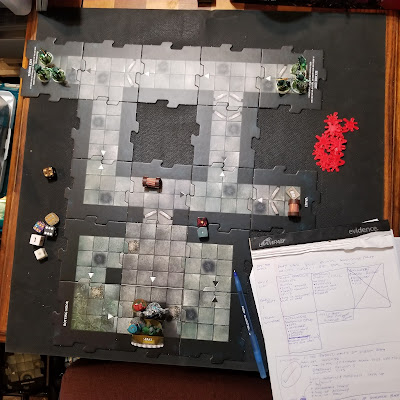 With the demon swarms of the Jagged Cavern of Sharpened Blades put to rest, our heroes venture forth to fight Twisted Undead Demon Speeders in the Jagged Tomb of Hidden Death. I'm sensing a theme here, and something to change in later editions of the game. More dungeon name variation incoming!
For this battle, I dug out my Chainrasps from Games Workshop and made all six of them Fast units with no other modifiers. The dungeon is made of map tiles from Wrath of Ashardalon, but they're starting to get old already, so I'm going to dig out my Loke maps soon. 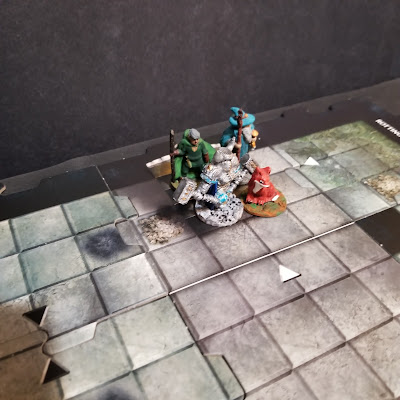 Our heroes enter from a staircase, stepping down into the darkness of the tomb. 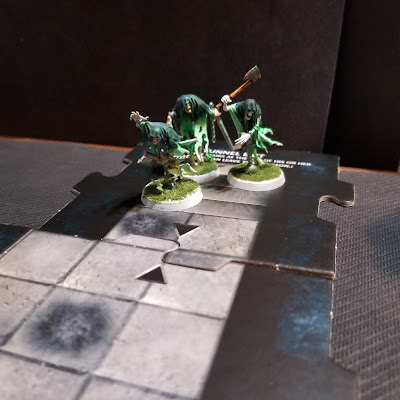 Already, something dark is stirring in the depths. 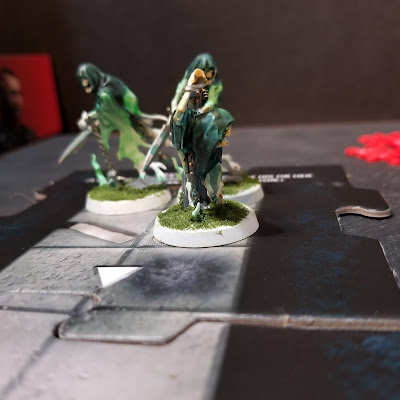 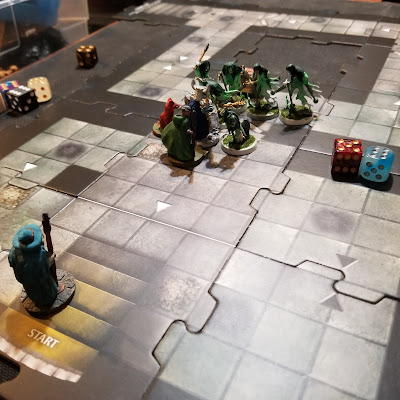 The two sides hit each other like freight trains! Our heroes try to create a chokepoint, but the wraiths move far faster than our heroes can. 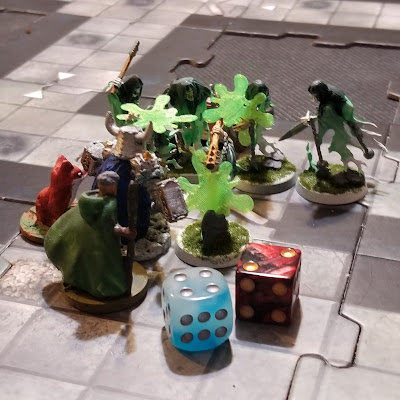 Sigyn unleashes the sweeping fury of her hammers and takes two wraiths down. Daedalus aims for a wraith, and though it looks like he took it down, he didn't.
(I realized after I took this picture that the wraith in the back wouldn't actually have been attackable by my party. Though Daedalus now has "Ranged" he doesn't have "Acrobatic" so he can't attack at range after moving. I put the wraith back on the board as soon as I realized this.) 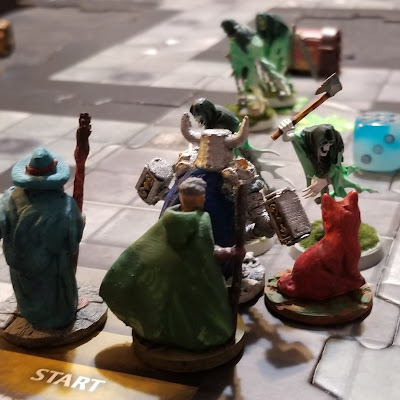 The wraiths move in as the heroes withdraw. Merlandir readies Frost Wave, but it isn't enough to keep all of the wraiths at bay. 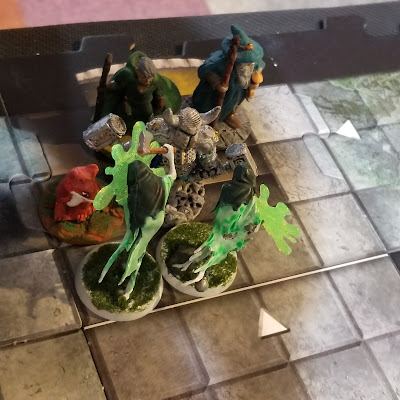 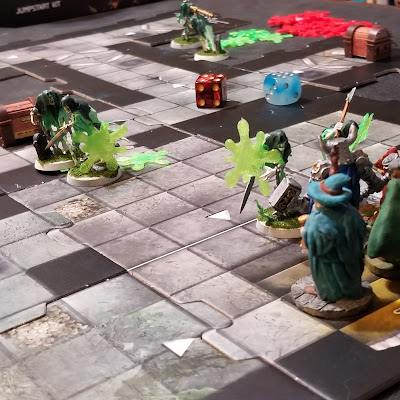 Merlandir readies a spell and takes one of the wraiths down at range. 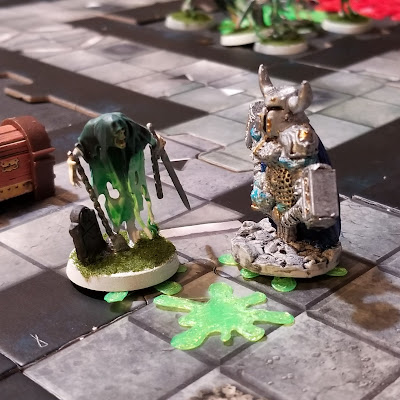 Being bold, Sigyn closes with the final wraith. 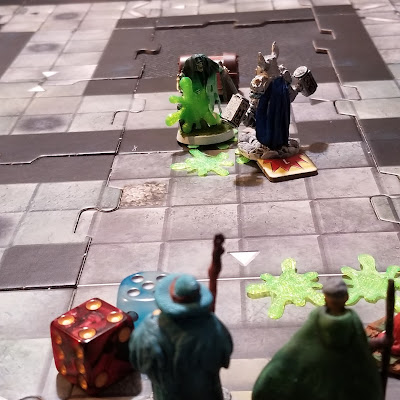 A solid hit, but at the last moment, the wraith's blade lashes out and Sigyn nearly joins him in death. Fortunately, she's Tough, so she does not become a casualty. 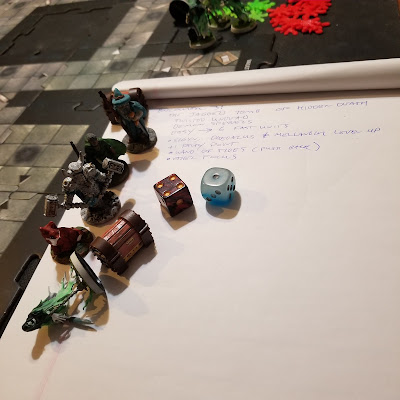 This battle was on Easy difficulty, and as much as I love an easy battle, I think I'm going to start boosting the enemy point values moving forward to create a little more challenge.
As the party recovers in town, they sort through the treasure they recovered from the tomb. Sigyn, Merlandir and Daedalus all reach level three, and the loot they've gathered consists of a Wand of Tides and an Ether Focus. Both useful items in their own right, but especially useful together!
Total play time: about 25 minutes.
BELLONA can be found here.
Labels: Ellie Valkyrie