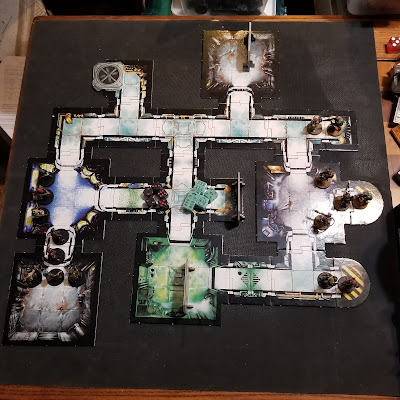 I have some miniatures I rescued from Ebay that I want to get out on the table. I have an hour to myself to do whatever I want. What do I do? I reach for the BELLONA system and put together a quick skirmish between equal forces on my trusty classic Space Hulk tiles.
For this battle, I'll be using eight units per side. Each unit is a basic 3 point unit (Base Cost + Ranged + Acrobatic) so they can move six inches, shoot six inches and do both on the same turn. I'm not assigning any other special abilities in this batle, so play should be pretty quick and simple. If I wanted to get spicy and add another tactical layer, I could give them all an additional modifier suited to their model, but I'm just looking for a simple run-and-gun experience here. 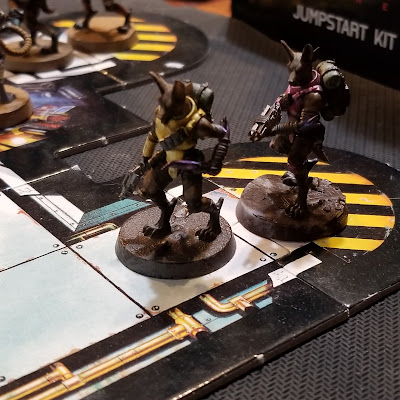 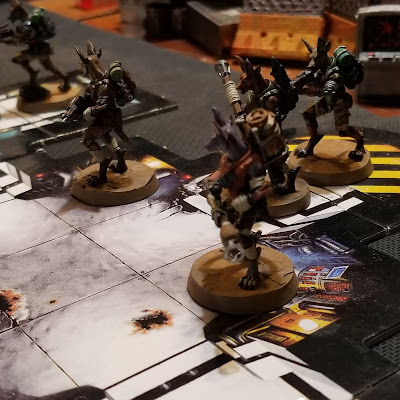 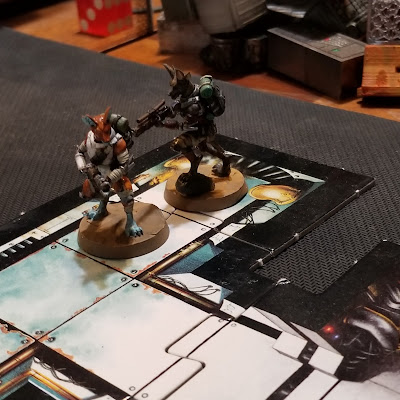 On one side, we have the Jackals from One Page Rules. 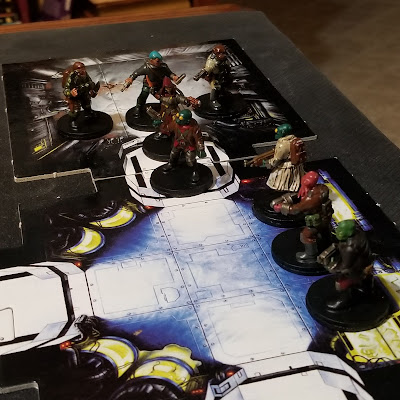 On the other side, we have the Stargravers (Plastics for the game Stargrave.) 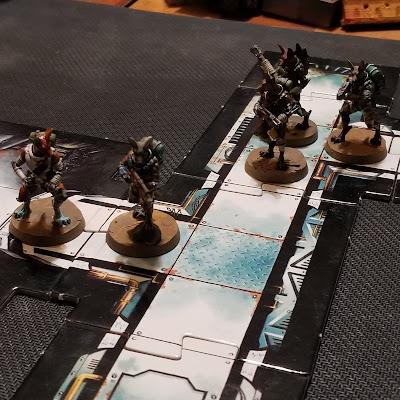 The Jackals win initiative and start to spread out one by one. 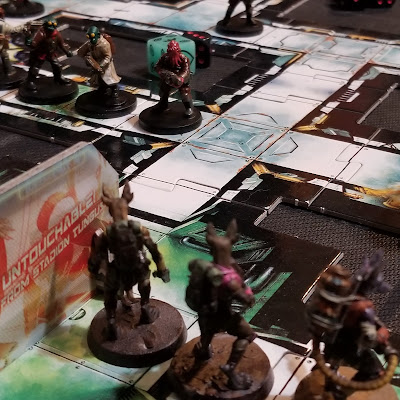 The Stargravers and Jackals spend the first turn maneuvering into the best positions they can find. No shots are fired. Both sides are tense, preparing to engage with the enemy. 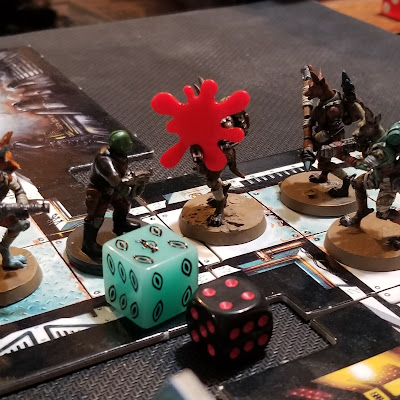 First blood happens on turn 2, and the first of the jackals goes down. 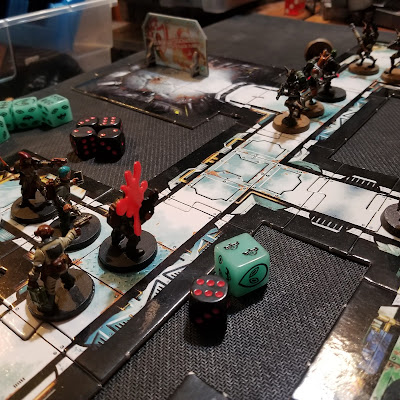 The Jackals aren't slouching! They get the very next kill. 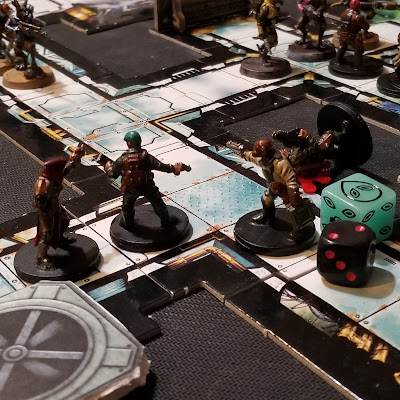 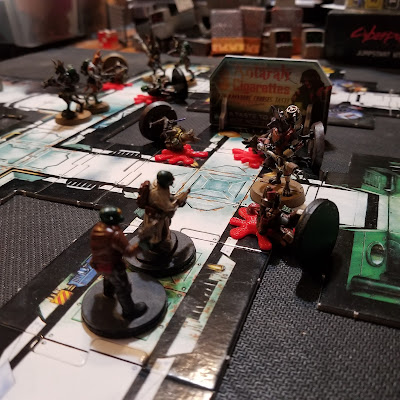 Meanwhile, around the corner, it's a slaughterhouse with casualties on both sides. 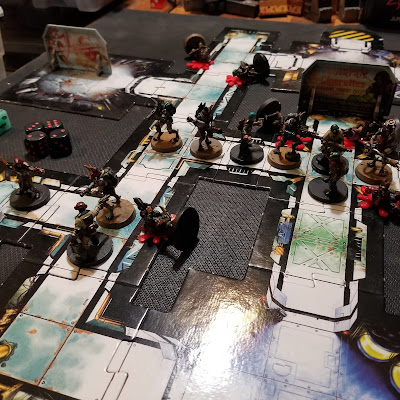 The Jackals get into position, trying to pincher in on the opposition. 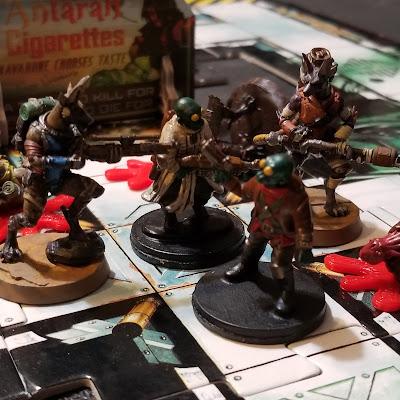 Those aliens were bug-eyed before the jackals got the drop on them. 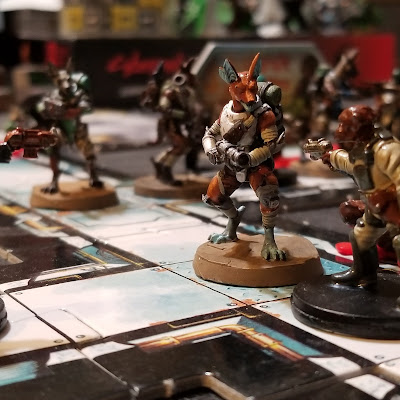 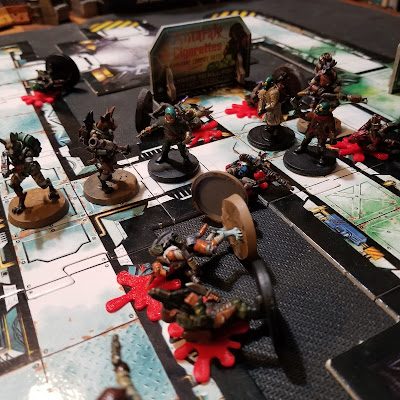 Wham, blam! Another one bites the dust! 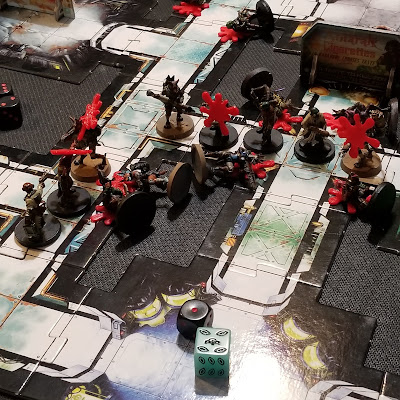 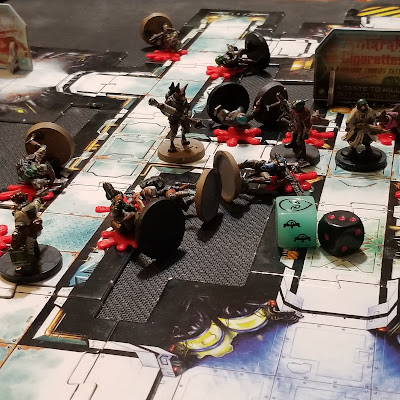 Things get tense as the number of forces on both sides dwindles. 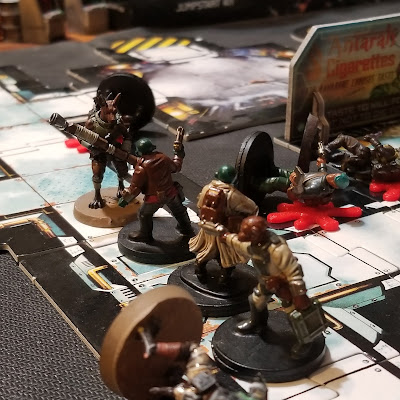 The Jackals are down to one guy against three Stargravers. Doing the only thing he can do, the remaining jackal makes a tactical withdrawal, pinning the enemy into the neaby hallway. 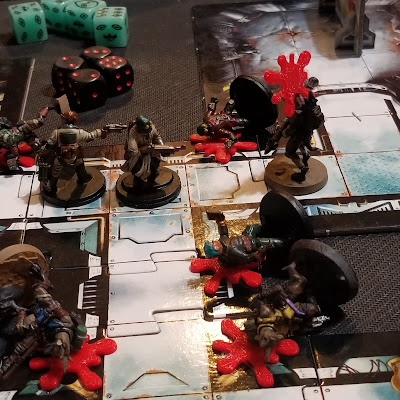 One final shot, and then he's down, leaving two Stargravers still standing amid the carnage. 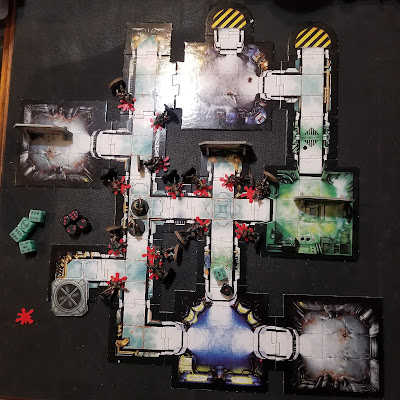