Planet 3 (Alone Among The Stars) 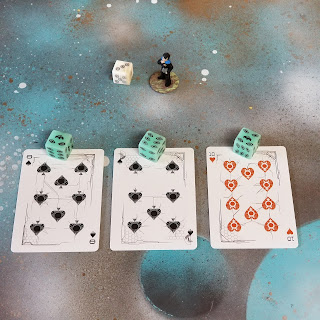 It's been a long time since I've tucked into a game of Takuma Okada's Alone Among The Stars. I still had a few photos floating around from the last time that I played, so I figured it was time to dig them up and explore these planets that have been left uncharted for so long now. If this is your first exposure to Alone Among The Stars, the game's premise is simple, and in that simplicity, there is beauty. The basic mechanic is that you combine die rolling and card drawing to get prompts for the exploration of alien worlds. It's essentially a solo journalling game, encouraging the player to write out their own story with a few basic, randomly generated seeds to work from.
In setting up play, I decided to use my Alien Dice and a Star Trek Adventures figure I made in CAD along with my deck of cyberpunk cards (Bicycle - Synthesis.) In rolling for the number of points of interest on the third planet, I got three cards to prompt my exploration narrative.
Exploration Log for Planet 3
Day 1:
Planet Three of my survey is a frozen world where the howling winds weather away the icy bluffs and grind the snow down to gritty granules. My shuttle sets down softly, and even with the vaccuum suit to protect me, I shiver just looking at this harsh, desolate landscape. How anything could ever have lived here is a mystery to me, yet there was something here, something that left traces, something that put satellites into orbits that have decayed over the course of thousands of years.
Stepping out of my shuttle, I stop the instant my feet touch the ground. A great spire, one cut into shining spirals by ice and wind, towers atop the glacier above me, catches the light in ways that throw rays of rainbows across every inch of snow around me. I stop and stare at it for a long moment before I can move again. I take in its beauty, and start to chart the points of interest I plan to investigate in the coming days.
Day 2:
A long hike into the ice takes me to a trail, to a place where the snow and ice starts to thin, starts to give way to the black grit and warmth of a steaming caldera. A volcano, recently awakened, surges amidst all of the ice and snow, turns the sky smoky and red. Resting on the rim of the huge crater, a full kilometer distant from the bubbling caldera, I spot an odd shape halfway along the outer crater wall. Picking my way toward it, I realize that it's not what I'm looking for, but it's beautiful all the same. It's another spire, one that's been wind-weathered in the same way, casting the same rainbow rays across everything around it.
Day 3:
I spend day three charting the volcanic crater that surrounds the active caldera, picking my way through the sharp and brittle basalt, gathering thin, hairlike strands of volcanic glass and shards of semi-precious stones as I go. Nothing on this planet is quiet, nothing on this world is still. Away from the volcano, the winds whip and chafe across every surface, wearing them down in smooth grooves full of icy sand, but here, in the warmth of the caldera, the wind is mostly still. The only sound is the constant vibration, the churning hum of lava surging just beneath the blackened surface, and I can feel its echoes in every muscle and bone of my body.
It's while I'm resting on a boulder of basalt and volcanic glass that I see it, the remains of what I'm looking for. It isn't much, but it's recognizable. A bit of foundation, a piece of wall, clear shapes of cut bricks and glass too clear to be volcanic. It's halfway up the crater wall, glinting at me from a nook in the basalt, but it's unmistakable. Someone lived here. Someone called this place home.
Unable to actually get up to the ruins, I take my scans from a distance, then pack up my tools and head back to my shuttle. The information I'll be able to pull from the scans will be scant, but it will be enough. Planet Three is not an empty world ripe for colonization. It's a grave. It's a memorial to a culture that was, that is no more.
A culture that won't be paved over or forgotten. 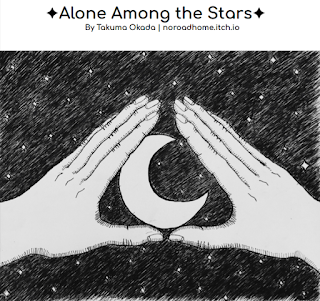 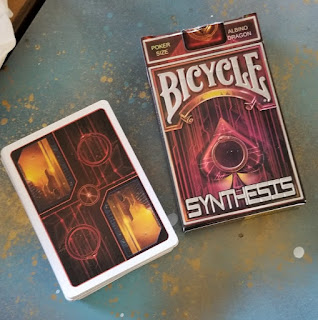 Labels: Alone Among The Stars