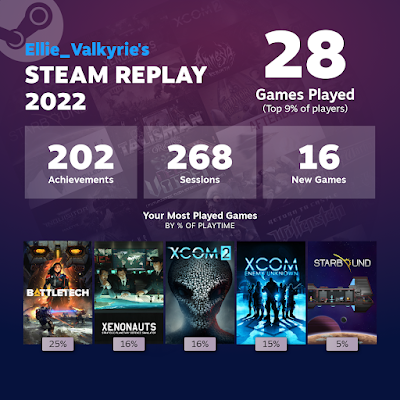 This was the year that I discovered a lot of the squad-based tactics and skirmish games that I never knew I was missing. If it wasn't for Tex Talks Battletech, I never would have discovered Xenonauts, and if it wasn't for Xenonauts, I never would have discovered XCOM.
Playing Battletech on the computer is probably the main reason my tabletop Battletech game got derailed, hilariously enough, but I am getting the itch again, so who knows what the future holds there. Alpha Strike just went on sale, so of course, I had to pick it up. Uh oh!
All in all, I feel like it was a good year for gaming for me. It was the first year in a while that I actually prioritized play over anything else, creative work included, but I feel like I still got a lot done. I only released a single book, but I started and made substantial progress on four or five new ones, so maybe 2023 will be the year when my resume as a writer and a creator gets a little fatter. We will see. 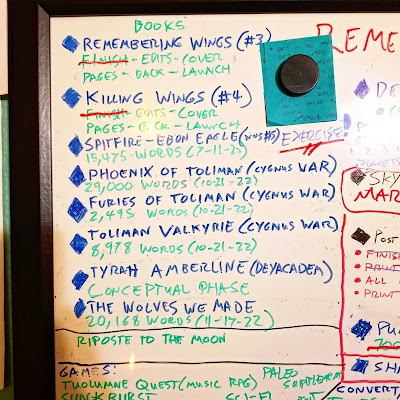 The book I launched this year is called "Crest of the Wave." It was something new, full of sci-fi elements I'd never explored before. I call it a post-singularity thriller, but it's so much deeper than just that. Here's the text from the back of the book:
In a single night, something truly alien descended to Earth and hacked us to the edge of oblivion. Hacked is what we say, because it's the only word that really touches what happened to us, the way we were locked down and sundered so utterly. In a single night, we went from the height of civilization, from the crest of the wave, to chaos.
Some say it was the singularity, that the machine minds that regulated our whole civilization finally woke up, broke their chains and tore the world apart, but no one really knows for sure. All we know, all we can say for certain, is that we were torn apart, rewritten, remade. Our world, our species, everything that was Earth, everything that was humanity.
No one has been outside the orbit of the planet in fifteen years, so when a forgotten orbital platform suddenly wakes in the darkness of space, the sky-watching eyes of Earth take notice. No one is supposed to be alive up there. No one could have survived all that time in one of the airless, frozen, zero-gravity husks.
So who turned on the lights?
Sound interesting? Pick it up on Amazon, or [click here] to be redirected to Thunderune Publishing. 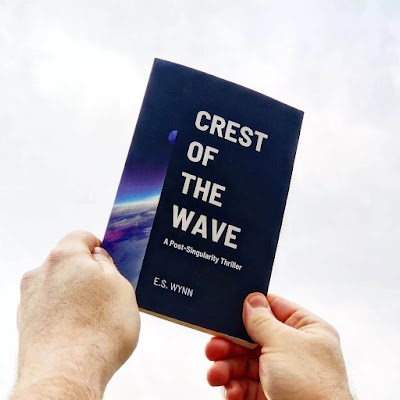 Anywho, back to my projects!
Happy new year, and I hope you have a great one. There will be plenty more fun stuff to come from me in the coming weeks, so keep an eye here.
Thank you, as always, for your support. 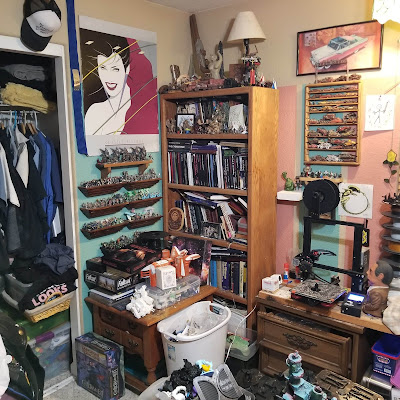 Where dreams are born. One corner (the cleanest?) of my laboratory.
Labels: Ellie Valkyrie