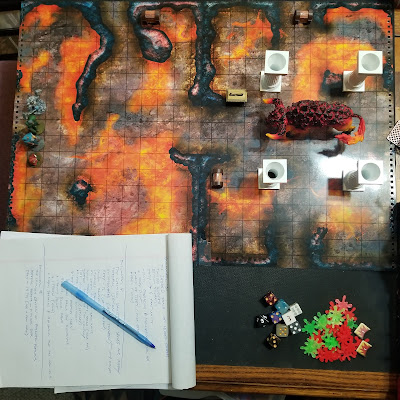 With the Surt-Sworn Dwarves of the Crimson Vaults of Spores and Misery defeated, our heroes venture into the Crimson Cavern of Forgotten Horrors and find themselves face-to-face with a powerful beast, a veritable embodiment of the element of fire. Our main enemy is a Schleich ELDRADOR CREATURES Fire bull, and the battle maps are from Loke. The pillars are a thrift store find, used for cakes, of all things.

This is also the battle where I decided to transition my campaign into The Wilderness, an expansion that I just released today. Get it, along with the rest of the fun BELLONA deluxe content on Itch.io. 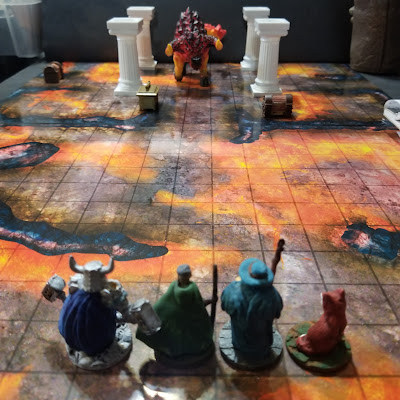 As our heroes push beyond the fiery depths of the cavern where they pushed past the Surt-Sworn Dwaves, they find themselves facing something even more terrible. Perhaps the very root of this fiery corruption! 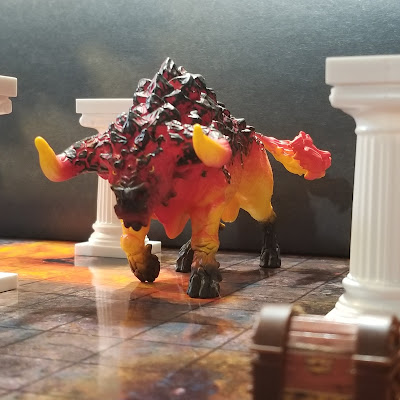 The beast snorts and paws the ground, ready to charge. 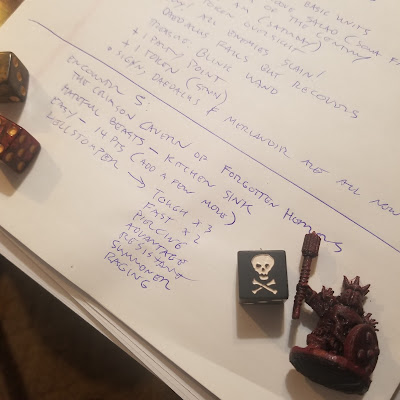 As a single unit with a ton of modifiers, it's actually pretty terrifying. A 15 point unit! 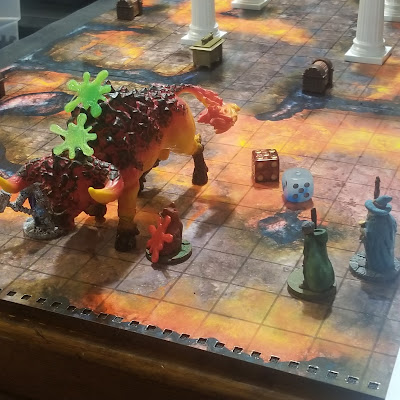 The Hellstomper rushes in and immediately tramples Fuzzybutt, but Sigyn gets in a couple of solid hits. 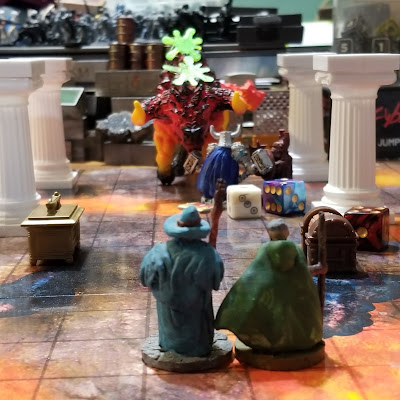 Hellstomper is blindingly fast. Rushing backward, it pulls out of the range of Merlandir and Daedalus, then summons a Surt-Sworn dwarf to aid it in its fight. Sigyn manages to use Blitz to close the distance, but even using up all of the charges of her Ring of Accuracy, she still cannot land a hit. 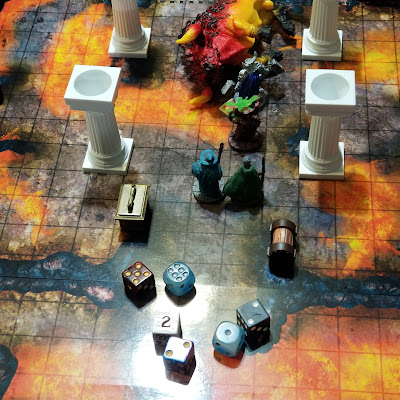 In the next turn, though, Daedalus, Merlandir and Sigyn make short work of the summoned demon and the massive Hellstomper. The treasure is ours! 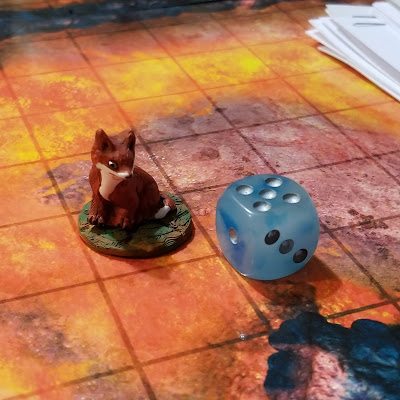 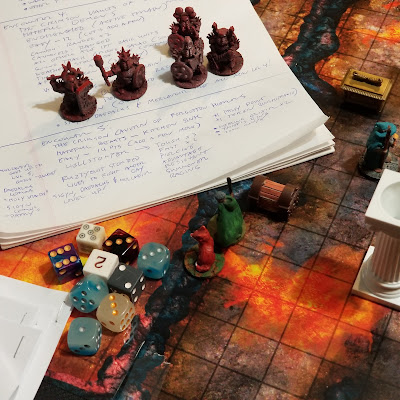 This battle was on Easy difficulty with some extra points to make it closer to Normal difficulty. 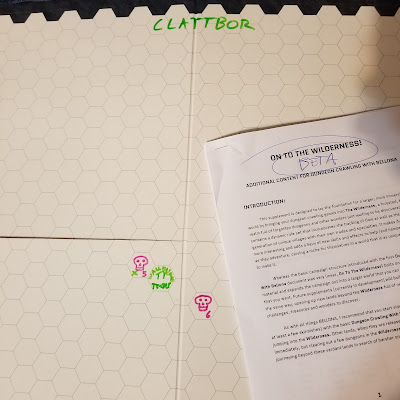 As the party recovers in Wallburg, they sort through the treasure they recovered from the Crimson Cavern. Daedalus learns the skill Meditation, Merlandir learns the spell Weatherbind, and Sigyn learns the skill Double Time. The loot they've gathered consists of two Healing Elixirs, a Thief's Ring and 2000 Onyx Coins.
Wallburg's only services are its Tavern and its Temple. It's a small little Village, but seems to be surrounded by quite a bit of danger. All of our heroes take time to pray at the Temple, but gain no special favors from their gods. Afterward, they ask the Tavernkeeper for information on any nearby dungeons, and discover one about two days' journey away called The Coastal Grotto of the Fallen Arachnids.
The date is currently the 1st of Nisannu, the first day of Spring, and a Monday. 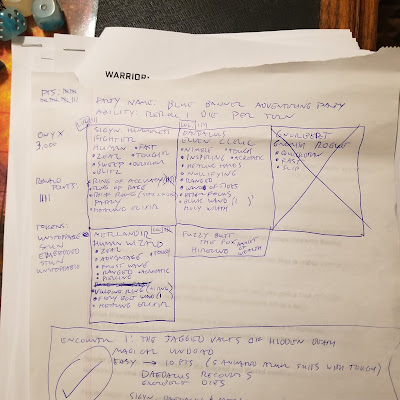 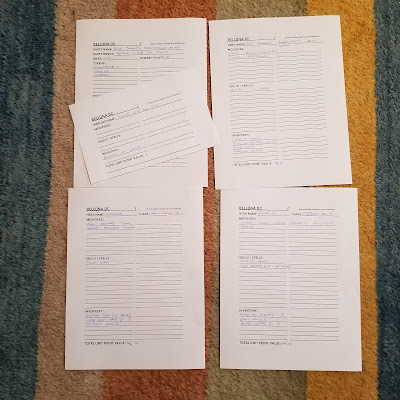